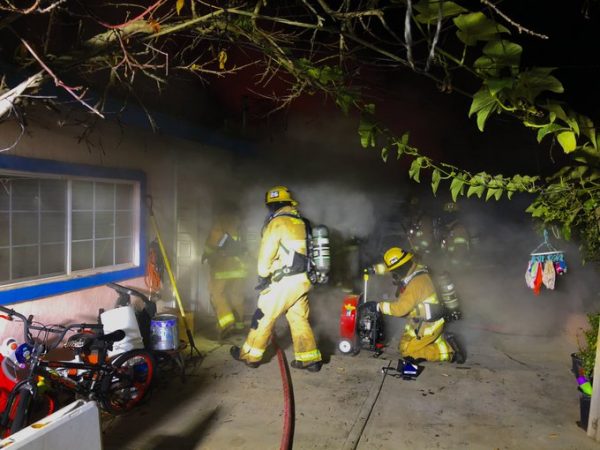 Two individuals died and 11 residents were displaced because of a house fire near Santa Maria Sunday night.

A total of 13 people were living in a single-story home located at 3394 Driftwood Drive, according to the Santa Barbara County Fire Department. At about 10:20 p.m., a caller reported the house was on fire. Ten of the 13 residents were not home at the time.

Upon arriving, it took firefighters 20 minutes to knock down the flames, in part due to a heavy fire load and excessive belongings in the home. Two Santa Barbara County Sheriff’s deputies inhaled smoke and were taken to the hospital as a precautionary measure.

The residents displaced by the blaze have found temporary shelter. Fire personnel are investigating the cause of the blaze. 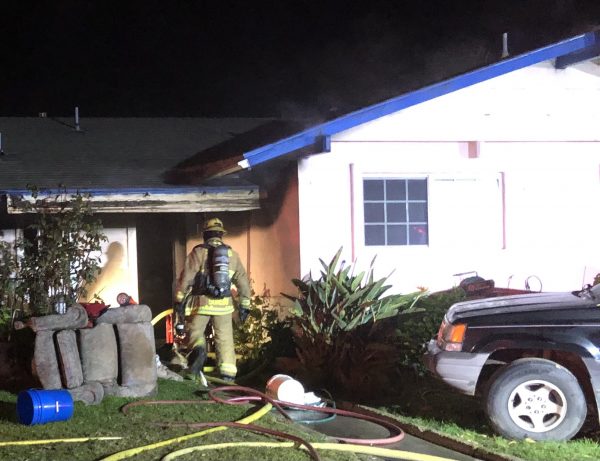