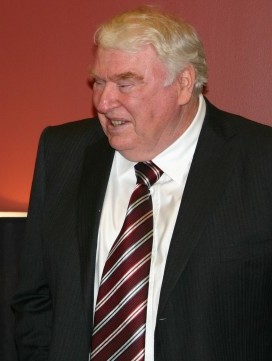 Pro Football Hall of Famer John Madden, who had extensive ties to Cal Poly and local collegiate athletics, died Tuesday at the age of 85.

Madden died unexpectedly, according to the NFL. The football league did not list a cause of Madden’s death.

In 1959, Madden graduated Cal Poly with a bachelor’s degree in education. Two year’s later, he earned a master’s in education, according to the university. 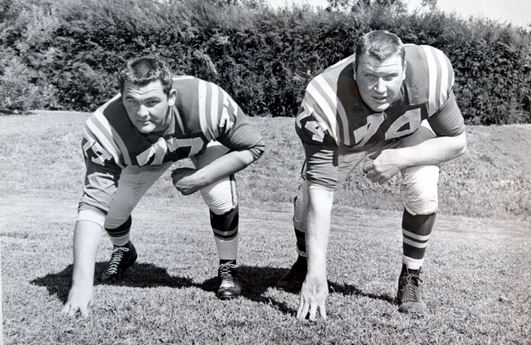 John Madden, right, while a football player at Cal Poly in the late 1950s

The Philadelphia Eagles selected Madden in the 21st round of the 1958 NFL Draft. Madden spent one season with the Eagles, though he never played in a regular season game, a knee injury halted Madden’s playing career.

Madden began his coaching career at Allan Hancock College in Santa Maria. In 1960 and 1961, he served as an assistant coach for the Hancock College football team. Then he spent two season’s as Hancock’s head coach in 1962 and 1963.

Eventually, Madden rose in the football coaching ranks, becoming the head coach of the Oakland Raiders. In 11 seasons with the Raiders, Madden compiled a record of 103-32-7 and won Super Bowl XI in 1977.

“You would be hard-pressed to find someone who has meant more to the sport of football than John Madden,” Cal Poly Athletics Director Don Oberhelman said in a statement. “As a former player and alumnus, his support and involvement in our football program has meant the world to all of us at Cal Poly.”

In the 1980s, Madden became a major fundraiser for Cal Poly’s athletic programs as he lent his name to an annual golf tournament. He also had involvement in the university’s 1991 athletics referendum, which led to Cal Poly rising to NCAA Division I status in 1994.

Madden is survived by his wife Virginia Madden, whom he married in Santa Maria in 1959, as well as their sons Michael and Joseph.