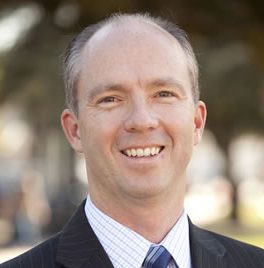 A court on Wednesday ruled in favor of 28 district attorneys in California, including San Luis Obispo County DA Dan Dow, who are seeking to halt new regulations that could allow two-strike offenders to serve just one-third of the prison sentences they were issued.

The 28 DAs have been granted a temporary restraining order preventing the California Department of Corrections and Rehabilitation (CDCR) from enacting a policy increasing the time-served credits two-strike offenders with serious and violent criminal histories can receive from 50 percent to 66 percent, Dow announced.

Previously, the CDCR enacted emergency rules allowing for additional credits to be awarded to serious and violent felons, including credits that are not based upon completing any rehabilitation programs, according to the SLO County District Attorney’s Office.

CDCR officials sought to increase credits to 66 percent, or two-thirds time off sentences, to two-strike inmates housed at minimum-security level A or B facilities. The agency did so amid litigation challenging the granting of additional credits to serious and violent offenders.

Under the latest CDCR regulation, the new class of credits can be granted to offenders with convictions for domestic violence, human trafficking, animal cruelty and possession of weapons by individuals who have previous convictions for serious and violent felonies.

In an attempt to stop the enforcement of the rules, on Dec. 22, the 28 DAs filed for a temporary restraining order. A court granted the order on Wednesday.

“The people in our community have a right to expect that dangerous criminals with violent criminal history will serve their entire sentence in order to both protect society from their continued crimes and to send a strong message that violence will not be tolerated in our community,” Dow said in a statement. “To award these additional credits by way of ‘emergency’ regulation procedure when there is no emergency is a slight of hand designed to go unnoticed and it must be stopped.”

One SLO County case that could be affected by the rule change is that of Robert Deutsch of San Luis Obispo, who could be eligible for release after serving only one third of the sentence he received.

In 2012, Deutsch was charged with domestic violence for strangling his girlfriend and threatening to kill her. Deutsch’s prior convictions included three armed robberies and a burglary. In 2013, a jury convicted Deutsch of theft, domestic violence, making criminal threats and dissuading a victim from reporting a crime. A judge then sentenced Deutsch to 30 years to life in prison.

Many other convicts from SLO County cases could also potentially be eligible for early release, according to the district attorney’s office.

In Sacramento County, the rule change could impact the sentences of multiple inmates convicted of human trafficking, as well as other serious offenses.

“Many of these so-called “nonviolent” second-strikers have long and violent criminal histories – including repeat felony domestic violence convictions, sexual assaults and gun violence,” said Sacramento County District Attorney Anne Marie Schubert. “Releasing these dangerous inmates after serving a small fraction of their sentences not only lacks accountability, it shortens effective rehabilitation, violates victims’ rights and is a significant threat to public safety. No one is contesting good conduct credits for fire camp work, but sneaking in another class of individuals with serious and violent criminal histories goes too far.”