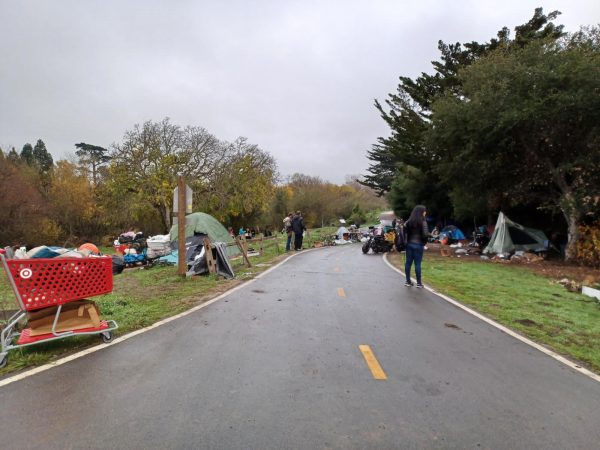 San Luis Obispo city staffers on Friday ordered homeless living along the Bob Jones Trail to leave the area to allow the city to improve portions of the trail.

Homeless, some in tears, worked on packing up their belongings while city staff suggested possible resources for shelter and food. Wearing hazmat suits, 2 Mexicans Junk Removal staff hauled away away items deemed garbage.

On Monday, the city is scheduled to close the Bob Jones Trail from the Prado Road intersection to the Los Osos Valley Road corridor for about eight weeks.

During the closure, the city plans to cut back vegetation to reduce fuel for potential wildfires and remove the existing split rail wood fencing along a large section of the trail and replace it with heavy timber fencing.

“We appreciate the community’s patience as we make these important safety improvements to the Bob Jones Bike Trail and surrounding areas,” said Greg Cruce, deputy director of maintenance operations for the city’s Public Works Department. “This brief closure is a temporary inconvenience that will benefit the community and users of the trail for years to come.”