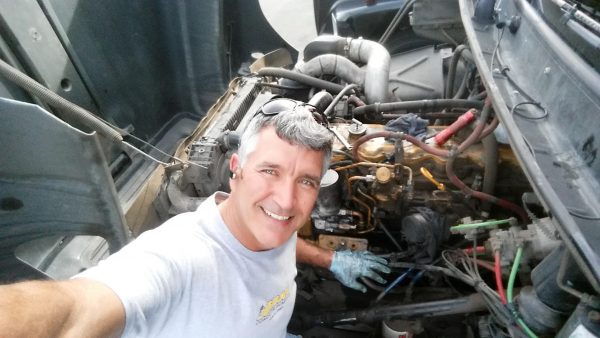 A San Luis Obispo businessman has won a case against Yelp, the crowd-sourced site offering reviews of businesses, over charges on his credit card for advertising that he had already canceled. Yelp refused to return the money.

It is a rare civil case as Yelp, like virtually all businesses, has an arbitration clause that prevents consumers from suing in civil court. Instead, customers have to go through arbitration where a private entity judges the claims of consumer and business away from the public’s view.

When a customer signs up for services online, there is a mass of fine print that includes the arbitration clause. That clause bars them from suing in court and prevents them from filing class action suits over things like hidden fees, deceptive charges, and, in a relatively new development, sexual harassment in the workplace.

In May 2020, when a Yelp salesperson called, Luiz hoped advertising on the consumer review site would help him bring in new business. It didn’t, he said. Luiz canceled the advertising. Yelp still charged him $1,780 for advertising after his cancellation.

Yelp required Luiz to log into its website as he tried to cancel the advertising agreement. Logging into the Yelp website meant Luiz agreed to the arbitration clause by clicking his agreement with Yelp’s terms of service. Known as click-through agreements, the button at the bottom of the fine print creates an enforceable legal contact.

But, Yelp was unable to show that Luiz had logged into its website before canceling the advertising.

“The court finds Yelp’s arbitration term as unenforceable and unconscionable,” Judge Tong wrote in her ruling. “Plaintiff’s claim is based on Yelp’s fraud and mistake in billing his credit card.”

Arbitration clauses require customers to pay fees for a private arbitrator. The arbitration process is conducted in secret and the parties generally are bound by the arbitrator’s ruling.

In Luiz’ case, the fee was hefty, Judge Tong wrote as she criticized the cost of seeking redress through arbitration.

“The court finds it unconscionable that Yelp’s terms will force a claimant to weigh the cost of arbitration fees ranging from $750 to $3,500 to recover $1,780 in hopes the consumer will decide to forgo seeking recovery,” Tong wrote in her ruling.

Even so, Yelp has filed an appeal which argues the venue is not proper because their “agreement must be submitted to arbitration.” A hearing on the appeal is scheduled for Jan. 27.

“Yelp respectfully declines to consent to a temporary judge in this matter, and requests that a judge consider this request and any future matters in this case,” according to the appeal.

Even though the Better Business Bureau has fielded more than 2,300 complaints about Yelp during the past three years, the company’s mandatory arbitration clause has prevented consumers from suing in civil court.

One Comment about “David vs Goliath: SLO man wins lawsuit against Yelp”