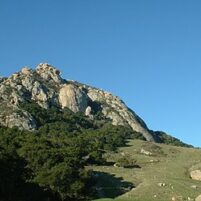 The San Luis Obispo Police Department has identified the deceased man whose body was found on Bishop Peak in December as Charles Leader, 36, of Florida.

On Dec. 10, a hiker reported finding skeletal remains clad in clothing. Police officers and San Luis Obispo County Sheriff’s deputies searched for the body for several hours, prior to calling off the search because of safety conditions. The following morning, officers, firefighters, deputies and a CHP helicopter located the skeletal remains on the north side of the mountain, according to police.

Officials say it appears Leader’s body had been at the location for a long time. His remains were significantly degraded.

Leader had last spoken with relatives in Oct. 2020, police say. At the time, Leader was reportedly homeless and living in the South Lake Tahoe area.

It is unclear what caused Leader’s death. An investigation is ongoing.