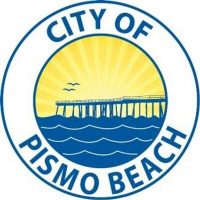 Shortly before midnight, a person reported a man’s dead body lying on the beach. Officers arrived to find a body that appeared to have been in the ocean for an extended period of time.

Investigators do not suspect foul play was involved in the death.

Along with the San Luis Obispo County Sheriff’s Office, investigators are working to discover the man’s identity and the cause of his death.

Investigators are asking anyone with information about the death to call the Pismo Beach Police Department at (805) 773-2208.