Assemblyman Jordan Cunningham (R-Templeton) has announced he will not run for another term in the upcoming election, following redistricting that has placed much of San Luis Obispo County in a heavily Democratic Assembly district, while three other candidates emerged.

Most of San Luis Obispo County will move into District 30, which will encompass much of Monterey County and part of Santa Cruz County. Arroyo Grande will fall in the southern end of District 30, while Grover Beach, Oceano and Nipomo will join a separate district with Santa Barbara County.

After the completion of his current term, Cunningham will be eligible to serve another six years in the state Legislature. Cunningham is the only incumbent assembly member in what will become Assembly District 30, yet he is opting not to run for the seat.

Currently, there are three candidates expected to run for the District 30 seat. Morro Bay Councilwoman Dawn Addis and Seaside Councilman Jon Wizard, both progressives, have announced they will run for the new Assembly seat. Likewise, Vicki Nohrden, a Republican from Monterey County who ran unsuccessfully for state Senate in 2020, announced her candidacy, according to the Paso Robles Daily News.

Addis is the co-founder of Women’s March San Luis Obispo. She was elected to the Morro Bay City Council in 2018, and in 2020, Addis ran for Assembly, losing to Cunningham by a vote of 55.1 percent to 44.9 percent. 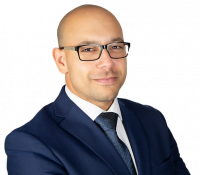 Wizard is a former police officer in San Luis Obispo, according to his bio. He also earned a firefighting degree from Hancock College in Santa Maria. Wizard worked in a variety of public safety roles until he suffered an injury in the line of duty and was forced into retirement. The former police officer went on to become a Black Lives Matter organizer who called for partial defunding of law enforcement.

Now a Monterey County resident, Wizard was elected to the Seaside City Council in 2018. Two years later, he ran for mayor in Seaside and lost.

Presently, Assemblyman Mark Stone (D-Scotts Valley) represents a district that consists of much of Monterey County, Santa Cruz County and part of San Jose in Santa Clara County. Stone, who has represented district since 2012, has been drawn out of much of the area.

In a statement announcing he would not run for Assembly this year, Cunningham made no mention of redistricting, nor the political makeup of the new 30th district. However, Cunningham did indicate he will likely remain involved in politics in the future.

“After talking it over with my wife and kids, I have decided not to seek a fourth term in the state Assembly. It has been a great privilege to represent the Central Coast in Sacramento. San Luis Obispo County has been my home for most of my life, and northern Santa Barbara County has been my adopted home,” Cunningham said. “I will continue to fight for the Central Coast in the state Assembly for the remainder of my term. While I suspect my time in politics is not done, I look forward to spending more time with my family, coaching youth sports and growing our business.”