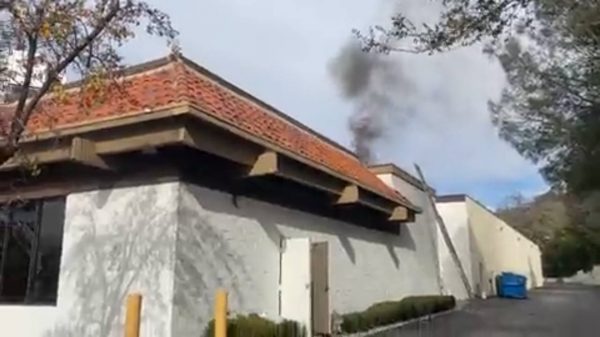 A heating and ventilation unit caught on fire at Union Bank in Atascadero Thursday afternoon, resulting in the evacuation of a few employees but little damage to the bank building.

A caller reported the fire burning at the Union Bank branch located at 7199 El Camino Real at about 1 p.m. Firefighters arrived at the scene and found heavy smoke coming from the roof of the bank near the back corner of the building. At the same time, the interior of the building was clear of smoke and fire, according to the Atascadero Fire Department.

First responders evacuated three employees, who were unaware of the fire, from the building. Firefighters accessed the roof of the bank using a ladder truck and found a section of the heating and ventilation system on fire. They extended a hose line from the ladder to extinguish the blaze.

Firefighters contained the blaze within 25 minutes. The fire did not spread to the interior of the bank, and no additional property was damaged.

No one suffered injuries as a result of the fire. Atascadero police officers assisted with the evacuation of employees.

The cause of the blaze remains under investigation.