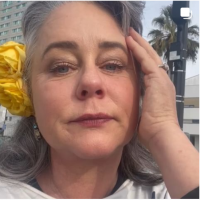 Former San Luis Obispo mayor and climate change activist Heidi Harmon attempted to “do the right thing,” and travel to a rally in San Francisco in an electric car. After multiple attempts to find a working charging station in San Jose, Harmon realized charging the car would take up to seven hours and there was no way she could make the rally.

Harmon posted multiple videos about her difficulties in traveling in an all-electric vehicle. She discusses calling the police or asking someone to send a helicopter to rescue her.

Many of the posts have now been deleted, though a collage of portions of Harmon’s videos remains:

Harmon spearheaded an effort last summer to enact a SLO city energy policy requiring all-electric new buildings. At that time, Mayor Harmon sat on the Central Coast Community Energy Board of Directors, the electric energy company she was promoting.

On Jan. 13, Harmon was headed to San Francisco to protest against PG&E’s solar penalty fees, but was unable to attend because of issues with vehicle charging infrastructure and the time it takes to charge an electric vehicle.

Harmon posted multiple videos during her attempt to charge the electric car she was driving on the Lets Green CA Instagram page, which she later shared to her own Instagram page. Since then, some of the videos have been deleted, and Harmon disabled her personal Instagram page.