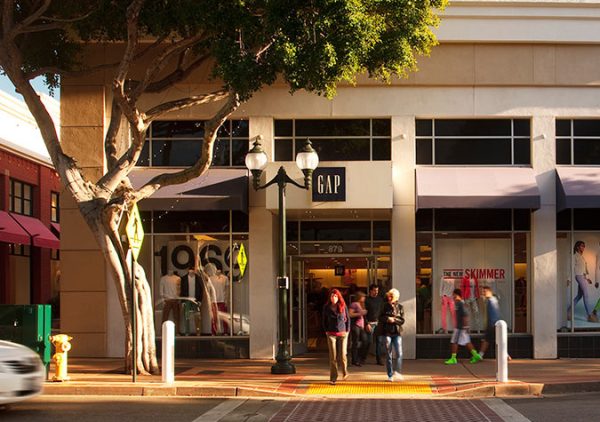 Should our downtown serve only tourists rather than residents? Believe it or not, years ago, San Luis Obispo had all the necessary ingredients to make this happen. These so-called ingredients included easy pedestrian access to our open spaces, views of our surrounding hills, easy and free parking, a plentiful supply of necessity goods shops and an interesting array of historic buildings which became way-finding, focal points within our community.

The downtowns of cities are the signatures of a community. However, downtowns that no longer appeal to its residents, that the residents can no longer claim as a badge of a successful and thriving focus of the community, will lead to apathy. Disinterested residents will no longer recognize their special responsibility of maintaining and protecting this place.

So what has changed? Unfortunately, our city fathers have capitulated to what they saw as increasing and inevitable growth. City planners and out-of-town developers, unlike the residents, didn’t feel the need to preserve those positive attributes which we once had downtown.

At the same time, satellite shopping enclaves, such as the University Square/Foothill Plaza, Madonna Plaza/SLO Promenade, Laguna Village, Marigold Center and Irish Hills Plaza centers sprouted up. This promoted urban sprawl and gave our residents the opportunity to completely avoid our downtown should they choose to do so.

As if this wasn’t enough, there emerged five major challenges to the success of our downtown which we had never before confronted.

We must not allow alienation to thrive anywhere in our city. Alienation stems from remote work, decentralized shopping, empty storefronts, anti-social bar activity, a concentration of highly transient populations, fear of crime and transmissible diseases and increasing income gaps though gentrification.

Much of this could be remedied through the increased presence of residents in our downtown. But that won’t happen until our city planners decide to:

But we mustn’t rely exclusively on initiatives taken by our city planners. We need designers, architects, artists and other creative people to take this moment in time to test themselves and make a significant, if not revolutionary, contribution to our downtown. Many of us would be very willing consultants in undertaking these various projects. Retirees, of which there are many, could once again be more involved in generating new ideas putting to good use their long time spent in various careers.

Our first and most pressing task is to address the urban decay resulting from the presence of many vacant store fronts and office buildings. We should explore how office space can be adapted into live work units. For example in taller buildings mix in alternating floors of residences with floors of work space. Take empty shop spaces and utilize them to address community needs. Empty stores and offices could be used as meeting rooms, educational facilities or even medical offices.

We can follow the lead set by the City of Los Angeles where it has the nation’s largest number of conversion projects in the pipeline for vacant office buildings. In fact, LA prides itself on having the highest number of future residential conversions overall, with more than 4,300 apartments set to be redeveloped as of 2022.

In conclusion we must not let the developer’s desire to make even bigger profits prevent us from creatively addressing this important issue.