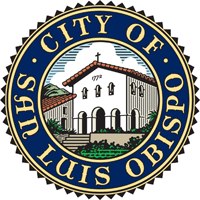 In 2019, the SLO City Council voted in favor of enacting a ban on natural gas appliances in new construction. When faced with legal pressure, city officials suspended the plan to phase out the use of natural gas.

Then in 2020, the council adopted the Clean Energy Choice Program, which established new energy efficiency requirements for constructing buildings with natural gas appliances and incentivized building all-electric structures instead.

But, according to a recent city staff report, when given the choice, developers are still opting to construct mixed-fuel buildings, rather than all-electric, about 50 percent of the time. That rate is not high enough for the city to reach its greenhouse gas reductions targets, city staff says.

In turn, city officials are again considering an outright ban on natural gas appliances in new construction. During a city council hearing on the matter on Tuesday, multiple council members voiced support for a natural gas ban.

“We tried to be nice and give people a chance to have choices, hoping that they would choose what really is reality, and apparently that’s not going to work,” Councilwoman Carlyn Christianson said during Tuesday’s meeting. “Tonight’s a simple decision in terms of where we want new housing and new buildings to be, and it’s to me not even really a question. It has to be all electric.”