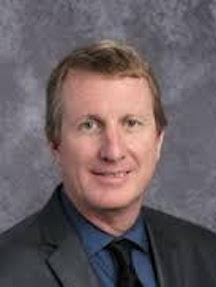 Cayucos Elementary School Superintendent Scott Smith announced on Friday plans to retire, less than a month after he received a controversial 10% pay raise.

Smith’s current $220,085 salary is split evenly between the two districts.

In an update to parents in Cayucos, Smith announced plans to submit his retirement notice before the end of the month.

“I want to thank the Trustees for their vote of confidence and pay increase that they have provided for me,” Smith said in his announcement. “Despite their best effort to get me to delay my retirement a little longer, I intend to submit my retirement notice before Feb, 30 as required by my contract (120 day notice).

During a school board meeting in January, several Cayucos community members accused Smith of intimidating and harassing people who wore masks at school and at prior board meetings. Those speakers said Smith did not do enough to enforce the California Department of Health’s indoor mask mandate.

When asked if Smith was planning to retire from both school districts, Coast Unified School District staff said they did not know, and that no further information would be provided at this time.