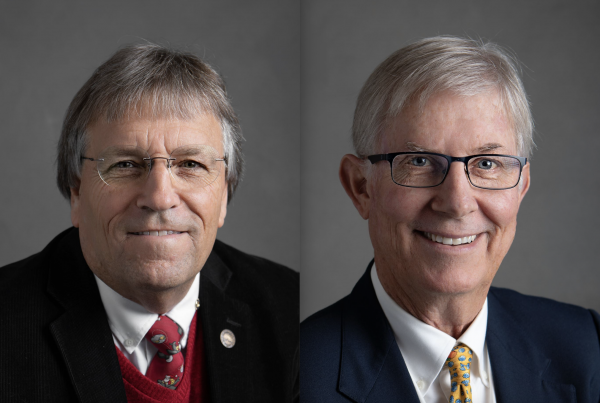 Two Paso Robles city councilmen walked out of the council chambers during a meeting on Tuesday in protest of the existing indoor mask mandate.

At the beginning of the Paso Robles City Council’s regular session, Councilman John Hamon announced that he would leave the chambers and participate in the remainder of the meeting virtually because he would not be wearing a mask. Councilman Steve Gregory followed suit and likewise said he would exit the council chambers and participate in the meeting virtually because of his opposition to the mask mandate.

Both Hamon and Gregory questioned the science behind California’s indoor mask mandate. Additionally, Hamon argued that government control has become more important than COVID-19 treatments, and Gregory alluded to Gov. Gavin Newsom at times failing to comply with his statewide mask mandate.

Strong said he agrees philosophically with Hamon’s and Gregory’s statements, but he would continue to follow the rules that the council is asking others to follow.

Hamon’s remarks on his decision to leave the council chamber:

“I will not be wearing a mask just because I think again the fact that some unelected officials mandate, tell me to do so. And I will also say that because of sound, common sense personal reasons, based on science, backed by nearly two years of COVID data, and also vaccinated twice and boosted once, I feel that masks give little protection from transmission.

“I am no longer concerned with contracting a severe case of COVID at this point because of the vaccinations that I’ve taken. Nor do I worry about others who are not vaccinated and out in public and unprotected where they may contract the virus just by simply touching a knob and then a face or maybe from somebody else that is vaccinated and might be carrying the virus. In my opinion, more people should question so-called authorities on health issues, especially when government will not even allow proven therapeutics, like monoclonal antibody treatments to be used on high-risk positive cases. It’s also my opinion that we are at a point where government control has become more important than a cure. After 13 months of available vaccine, it is clear that mandates are causing more harm than good to both our economy and our children. I think it’s unwise to continue public harm and of course disruption to everybody.”

Gregory made the following remarks:

“I concur with Councilman Hamon, and I respect everybody’s opinion to do what is best for them. But when the maker of the mandate doesn’t do it himself, and we don’t have a lot of science behind this, it’s time to get over this COVID issue that we’re having. And I’m vaccinated, I practice all the protocols, I respect everybody else’s opinion and what they like to do. But I can’t wear my mask anymore. It’s disrupting my ability to communicate. I don’t think I’m at risk because two years and 13 tests and vaccinations and my vitamin protocol. I’m in good shape, and I’m not affecting anybody. I don’t think it’s appropriate for us not be able to speak openly in this chamber as we’re exercising our due diligence with spacing.”