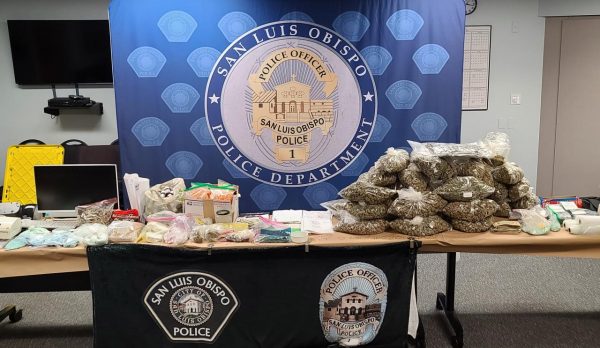 San Luis Obispo detectives on Thursday arrested a man on drug charges and seized more than $1 million worth of narcotics from a single home, according to police.

At about 11 a.m., SLO Police Department’s Special Enforcement Team served a search warrant at a home in the 20 block of Chorro Street. Detectives searched the home and seized about 2 pounds of fentanyl, two pounds of cocaine, 11.5 ounces of methamphetamine, 12,000 tabs of LSD, 38,000 Adderall pills, 32,000 Oxycontin pills, 9,000 Xanax pills, 35 grams of ketamine, 176.5 grams of marijuana concentrate, 35 pounds of marijuana, four ounces of psilocybin mushrooms and additional items believed to be illicit substances.

The narcotics seized have an estimated street value of more than $1 million, police said. Detectives also found evidence of narcotics trafficking and seized an undisclosed amount of cash.

With assistance from the SLO County Sheriff’s Narcotics Unit, Special Enforcement Team detectives also served a warrant at a location in the 500 block of Dartmouth Drive in San Luis Obispo. There, detectives seized more evidence of narcotics sales and trafficking. 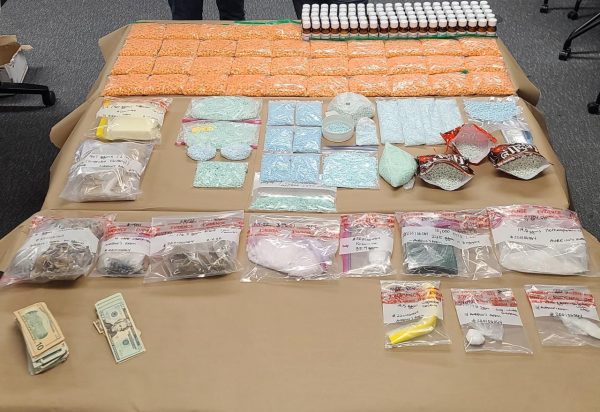