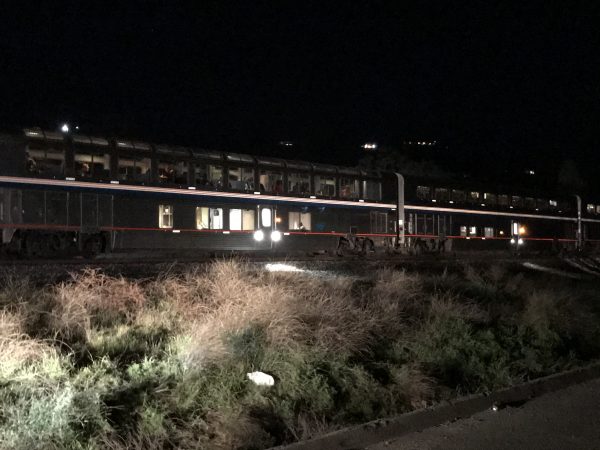 An Amtrak train struck and killed a teenage girl who was walking on the railroad tracks in Paso Robles Monday afternoon.

Shortly before 4:30 p.m., the northbound train struck the girl while she was walking southbound with a group of friends near the 3600 block of Riverside Avenue. Officers arrived to find the teen under the train.

It is unclear what the children were doing in the area of the tracks and why the girl did not move away from the approaching train in time.

No one else suffered injuries.

The Coast Starlight Train 14 departed Los Angeles earlier Monday on its way to Seattle. The train remained at the scene for hours following the fatal collision.