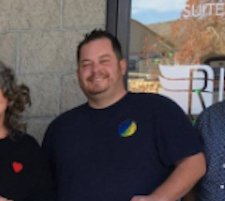 A federal judge has agreed to delay the sentencing hearing for a San Luis Obispo man who pled guilty in Oct, 2021 to bribing former SLO County Supervisor Adam Hill.

Judge André Birotte moved the sentencing for marijuana mogul Helios Dayspring, which was previously scheduled to take place this week, to April 22. Dayspring faces a statutory maximum penalty of 13 years in federal prison.

Dayspring admitted to paying thousands of dollars in bribes to Hill for favorable votes on his cannabis business interests and for deliberately failing to report millions of dollars in income to the IRS. Dayspring agreed to plead guilty to both felony offenses and cooperate in the government’s ongoing investigation, as part of a plea agreement.

In addition to agreeing to cooperate with a federal investigation into corruption, Dayspring agreed to make his best effort, prior to sentencing, to pay his unpaid taxes and $3.4 million in restitution to the IRS. A promise he said he has not yet been able to keep because selling properties in light of his guilty plea has been difficult, according to the motion to continue sentencing.

“The defendant has consummated the sale of a significant piece of real estate whichis scheduled to close in Feb. 2022, listed eight additional parcels of real property for sale, and is in the process of finalizing improvements on a ninth piece of real estate so that it can also be promptly listed for sale,” according to the motion.”

Dayspring’s sentencing is scheduled for 1:30 p.m. on April 22 at the U.S. District Court in Los Angeles.