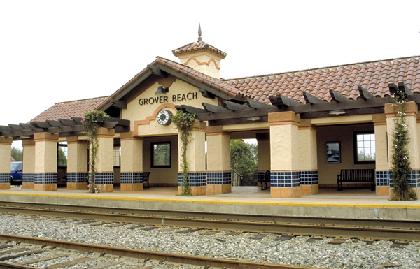 A man is in jail after he attempted to carjack a woman who was waiting at the Grover Beach train station Sunday morning, but a bystander intervened just in time to stop the suspect from driving away in the victim’s vehicle.

Shortly after 6 a.m., the man pushed the female away from her vehicle in the train station parking lot, and a fight ensued. The suspect managed to get into the driver’s seat of the vehicle and start the car, according to the Grover Beach Police Department.

A witness heard the commotion and pulled the man out of the vehicle before he could drive it away. With help from other witnesses, he then pinned the suspect to the ground until police officers arrived.

Officers booked Deharo in the San Luis Obispo County Jail on charges of attempted carjacking, resisting arrest and a parole violation, with his bail set at $150,000.