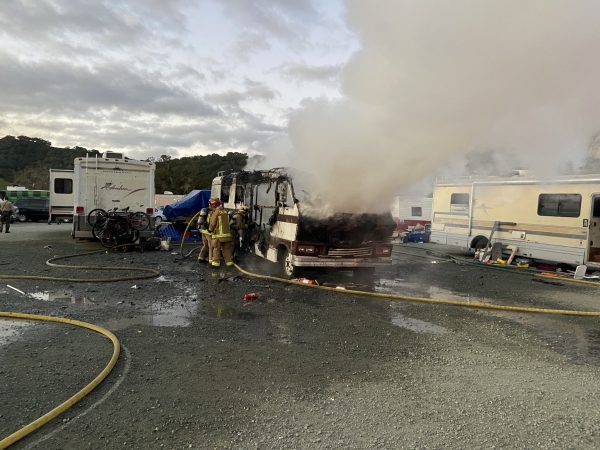 A woman was killed Tuesday morning in an RV fire at an overnight parking location for homeless individuals on Kansas Avenue outside of San Luis Obispo.

The RV fire broke out at about 6:30 a.m. at San Luis Obispo County’s “safe parking” location by Kansas Avenue and Highway 1, according to Cal Fire. Several cats died in the blaze, in addition to the woman living in the RV.

Residents of the homeless parking area say the woman who died in her RV is named Gretchen. Other residents tried to extinguish the fire but did not succeed. Gretchen burned to death inside the RV, they said.

The cause of the fire is unclear. An investigation is ongoing.