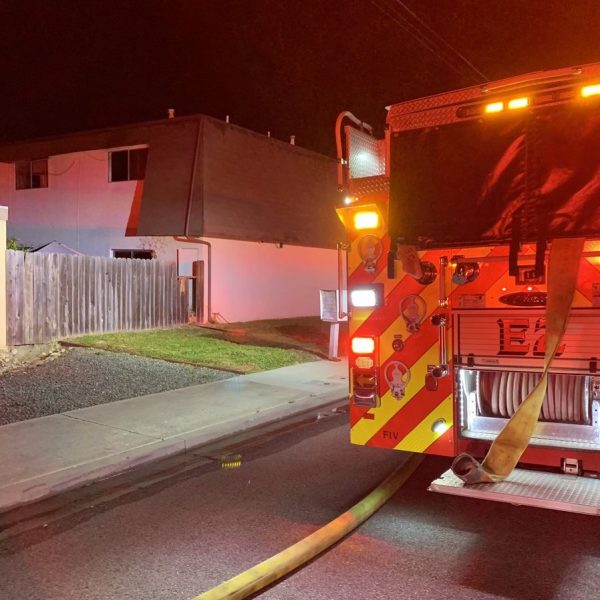 One person was killed in an apartment fire in Arroyo Grande on Tuesday night.

Shortly after 10 p.m., a caller reported a fire burning in the 500 block of Ide Street, according to the Five Cities Fire Authority. With a person trapped inside the apartment, Arroyo Grande police officers battled the blaze with fire extinguishers until firefighters arrived.

Firefighters contained the blaze to a single apartment, but could not save the person inside. Officials have not disclosed the identity of the victim.

The death marked the second time in one day that a person died in a fire in San Luis Obispo County. On Tuesday morning, a woman died in an RV fire at SLO County’s safe parking area by Kansas Avenue and Highway 1.