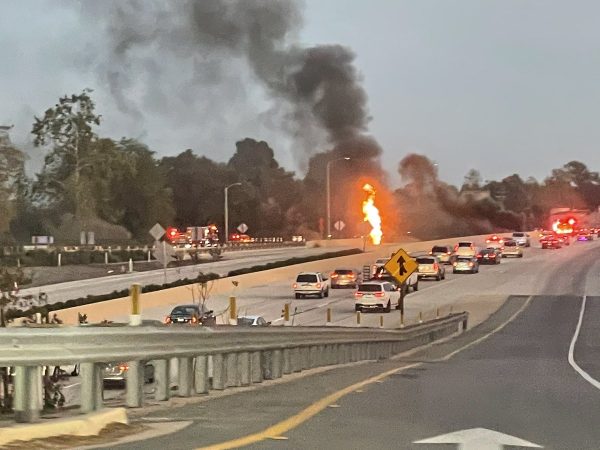 Santa Barbara County Sheriff’s deputies arrested a man on Monday who allegedly started a fire over the weekend in Carpinteria that caused a closure of Highway 101 both on Saturday evening and early Sunday morning.

Carpinteria resident Santiago Garcia-Soriano, 24, allegedly set fire to a culvert beneath Highway 101 near the 5700 block of Via Real. The storm drain where the fire was allegedly set is lined with a thick plastic material that caused the blaze to burn with intensity for several hours, fire officials said.

At about 6:30 p.m., authorities shut down Highway 101 from Bailard Avenue to Casitas Pass Road. Likewise, the 5700 block of Via Real was closed to traffic.

Firefighters managed to gain control of the blaze and appeared to extinguish it by 7:45 p.m. by pumping large quantities of water into the storm drain.

But at about 1:30 a.m. Sunday, road construction workers reported seeing smoke coming from the storm drain system in the area. Authorities reissued a closure of Highway 101, and firefighters extinguished the blaze by spraying foam into the storm drain.

On Monday, at about 4:45 p.m., a caller reported that a suspect was digging into the hillside near a drainage culvert in Carpinteria Creek. The location was believed to be where the underground fire started.

Deputies arrived and contacted Garcia-Soriano. The suspect admitted he started a fire in the culvert on Saturday about one hour before the blaze was reported, according to the Santa Barbara County Sheriff’s Office.

Garcia-Soriano was arrested on charges of felony arson to property and misdemeanor possession of cocaine. Deputies booked him in Santa Barbara County Main Jail with his bail set at $250,000. 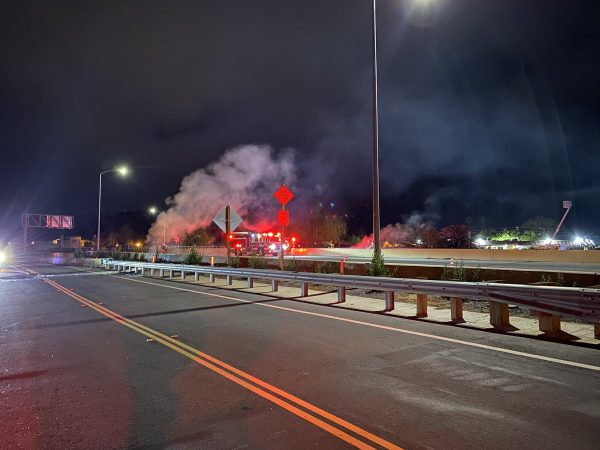