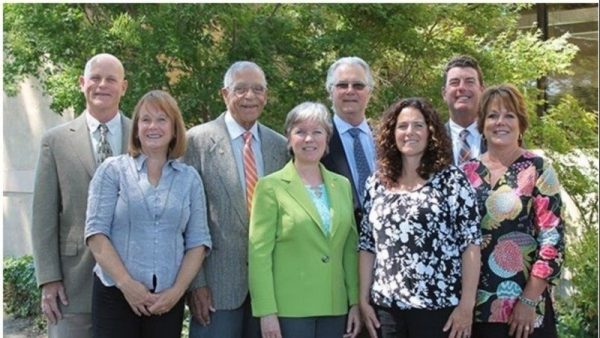 Parents and students in Atascadero are battling over the choice to wear masks and freedom of speech issues after two board members compared COVID-19 mandates to issues of racism during a contentious school district board meeting on Tuesday.

During the meeting, parents and students voiced their concerns over the alleged mistreatment of students who were protesting the mask mandate, which included prohibiting them from associating with masked students. The vast majority of speakers asked the board to immediately stop complying with the state’s mask mandate.

Atascadero Unified School Board trustees elected to wait until Gov. Gavin Newsom’s mask mandate ends on March 12. Even so, several of the trustees voiced their support of the students and parents who argued for mask and vaccine choice.

“I was denied access into Sierra Vista Hospital yesterday to see a family member who will probably never see sunshine again because, like the Holocaust, I couldn’t prove if I was a German or a Jew, oh I mean my vaccine status,” Switzer said.

Trustee Ray Buban then compared the administration’s treatment of protesting students to segregation.

“Your children are no longer being segregated, disrespected, and treated like third-class citizens or someone who should be sitting in the back of the bus or not being allowed to sit in the lunch counter,” Buban said.

In response to the trustees comments, a group of parents and students launched a Change.org petition calling for the recall or resignation of Buban and Switzer for alleged discriminatory speech. The petition currently has 357 signatures.

“Comparing being unvaccinated to the Holocaust is highly inappropriate and disrespectful as those who lost their lives in that event didn’t have a choice,” according to the petition. “Trustee Ray Buban’s actions are not okay. It is highly discriminatory as many members of the African American race dealt with things throughout different centuries that they couldn’t control. Those who are anti-maskers are nowhere close to what many people of color had to deal with.”