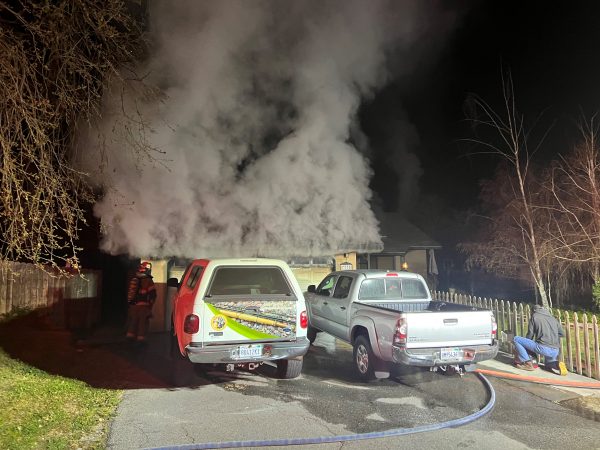 One resident was injured and a cat was killed in a fire at a home at 7775 Yesal Avenue in Atascadero on Saturday morning.

Shortly after midnight, a caller reported a fire burning in a two-car attached garage and extending into the home. Upon arrival, crews found the 1600 square foot house with heavy smoke coming from the garage and the roof.

Firefighters were able to keep the flames from entering the main house.

Four occupants were able to get out of the home. One resident was transported to a hospital with burns on his hands. A cat was found deceased in the garage.