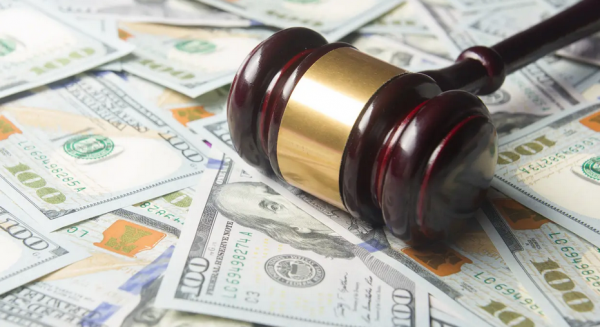 The California Fair Political Practices Commission penalize Grace last year for the “inherent harm” he did to the community by sitting on both sides of the negotiating table. Grace negotiated a contract with Grace Environmental Services, a private company he owns, in 2016 in violation of state laws enacted to protect the public.

Grace’s attorneys are asking the San Simeon board to vote Tuesday to pay the controversial general manager’s $4,500 fine and to cover the cost of his legal defense, for a total of $53,746.

The district is primarily funded by local residents and business owners through their water and sewer bills. The home of 11 hotels, San Simeon has approximately 500 residents and a yearly district budget of almost $1 million for wastewater collection and treatment, road maintenance and street lights.

Even though Grace’s contract with the district includes an indemnity clause, it does not cover “intentional, willful, or negligent operations or conduct of Grace Environmental Services or any of its employees, agents or subcontractors.” Grace admitted to violating Government Code 1090 and agreed to pay the $4,500 penalty.

Because of concerns that Grace will sue the district if they do not agree to pay his fine and legal bills, the district is meeting in closed session Tuesday to discuss the potential of litigation if they refuse Grace’s demand.

Several of Grace’s critics are asking the board to make Grave responsible for his violations, and not the residents.

“Where’s his errors and omissions insurance?  Instead of being afraid of being sued by Charles Grace, the board should be terrified of being sued by their constituents for gifting public funds,” said Julie Tacker, a government watchdog. “If they pay his fine and his lawyer bills, what’s to stop him from sending his parking tickets to the district?”

Prosecutors are asking the court to order San Simeon district officials to stop conducting unlawful and fraudulent acts of unfair competition, to stop making untrue or misleading statements, and to pay civil penalties of $2,500 for each act of unfair competition and for each false or misleading statement, in addition to court and investigation costs. These penalties currently add up to more than $2 million.

Grace has already racked up more than $40,000 in legal fees regarding the district attorney’s allegations, but has not yet asked the district to cover those bills, according to San Simeon district records.