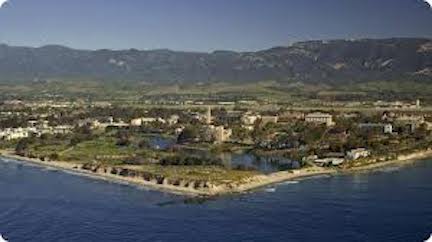 Deputies arrested Michael Angelo Auclair of Ventura County in Lompoc and booked him into the Santa Barbara County Main Jail on charges of sexual battery and indecent exposure. His bail is set at $1 million.

Two hours later, a man approached a woman near Camino Del Sur and Sueno Road, covered the victim’s mouth and fondled her breasts. The suspect then fled in a vehicle.

At 8:30 p.m., another victim reported nonconsensual fondling on the UCSB campus.

Throughout the night of Feb. 28, deputies searched the area for a college-aged male with dark hair and an older tan vehicle, but they did not locate the suspect until Saturday.

“The Santa Barbara County Sheriff’s Office would like to thank the public and our community partners for their assistance with this case,” according to a press release. “This investigation was moved forward with the help of members of the public who came forward with information, including home security video that captured the suspect in his vehicle”