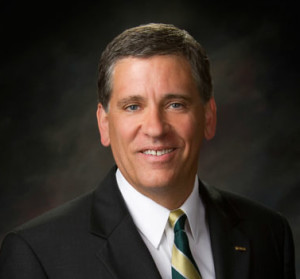 After months of deliberation and open forums, Cal Poly President Jeffrey Armstrong announced on Monday that the San Luis Obispo based university would be adopting a measure to raise fees for future students. Beginning next year, tuition prices will increase by approximately $700 a year, every year until 2026.

“To avoid any misunderstanding, I want to be clear that this fee applies ONLY to students who are enrolling for the first time starting in Fall 2022,” Armstrong said in his announcement.

The increased fees will go mostly towards efforts to increase racial and socioeconomic diversity in the student population by offering more scholarships and financial aid, according to the proposal. The university wishes to see the demographics of the student body “more closely resemble the state of California.”

The proposal would allocate 60% of newly raised funds towards scholarships and financial aid, the remaining 40% would go towards funding “Cal Poly’s unique, but higher-cost polytechnic, Learn by Doing academic programs.”

“The consultation process has been a good reminder for everyone that Cal Poly can dream big dreams, can have robust discussion and debate about both ends and means for achieving those dreams, and can take bold action after due consideration,” Armstrong added.