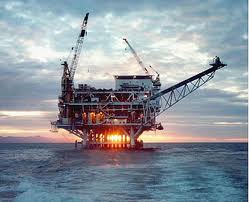 The Santa Barbara County Board of Supervisors voted 3-2 on Tuesday to deny a request by ExxonMobil to restart offshore oil wells shut down in 2015 following the worst coastal oil spill in 25 years. Supervisors Bob Nelson and Steve Lavagnino dissented noting the need for oil as the Central Coast transitions to alternative energy sources.

“The reality is: as much as we want that to happen, as much as I have voted for it to happen, it’s not there yet and we have to continue to produce fossil fuels as we transition,” Lavagnino said.

ExxonMobil asked the county board to approve interim trucking routes for the transportation of oil from offshore drilling platforms. In its proposal, ExxonMobil wanted up to 24,820 tanker trucks a year to transport the oil on Highway 101 and State Route 166 for up to seven years or until the damaged pipeline is replaced or repaired.

On May 19, 2015, a pipe belonging to Plains All American ruptured near Goleta, causing approxamtly 140,000 gallons of crude oil to spill. Much of the oil flowed into a culvert and then into a ditch that drains into the ocean.

Supporters of ExonMobil’s proposal said it would create approxamtly 250 jobs and generate $4.5 million a year for Santa Barbara County.

“We disagree with the decision, which disregards our employees, contractors and countless others working in California’s oil and gas industry who depend on these jobs to support their families,” ExxonMobil said in a statement. “ExxonMobil has met all of the requirements for issuance of the permit, which has gone through extensive environmental review and public comment.”

“Exxon’s trucking proposal was a step in the wrong direction on climate and put Californians and our coastal resources in harm’s way from spills, crashes, pollution and fires,” said a statement from the Environmental Affairs Board at University of California, Santa Barbara.