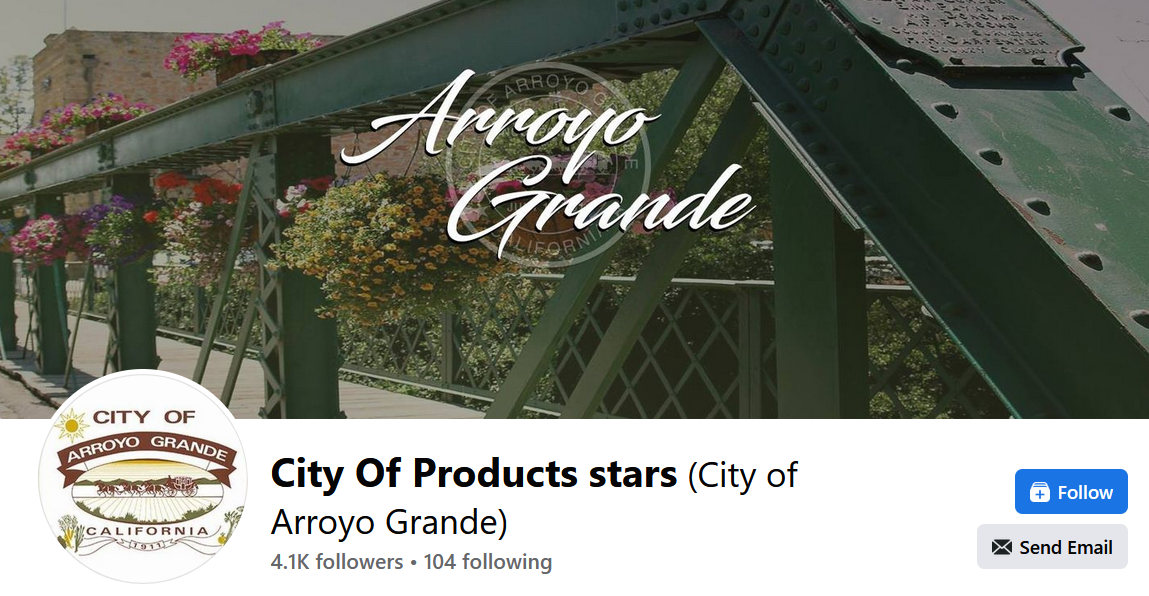 Thanks to a hacker, the City of Arroyo Grande’s Facebook page is now under the peculiar pseudonym “City of Products stars.” A name change city staff appear to be having trouble correcting.

The hacker allegedly tampered with multiple features of the Facebook page, posted “product videos,” and sent out unsolicited messages.

“Earlier this evening the City’s Facebook page was hacked,” according to the city’s Facebook post. “Administrators are working with Facebook to correct the unauthorized changes, including the account name. We apologize for any confusion and the previous unauthorized post regarding a product video. If you received a message from this account this evening, please disregard as it may contain harmful information.”

Even so, a month later Arroyo Grande’s official Facebook page was still titled “City of Product stars.” On March 2, Arroyo Grande informed the public that city staff was “adamantly working” on fixing the hacked account.

In the meantime, the “City of Product stars” continues posting standard city updates, on topics such as public forums and community events.

These posts are prompting Facebook members to make fun of the city with one commenter calling the page “amateur hour” and another questioning how the public can trust their city.

“I have a fantastic idea,” Keyser Soze posted on Arroyo Grande’s Facebook page. “Consider creating a fresh Facebook profile after downloading all the files from hacked profile. Afterwards simply abandon this hacked version. This is embarrassing. If you cannot manage something as simple as Facebook page, how can we trust you to manage the City of Product Stars? Stay classy AG.”