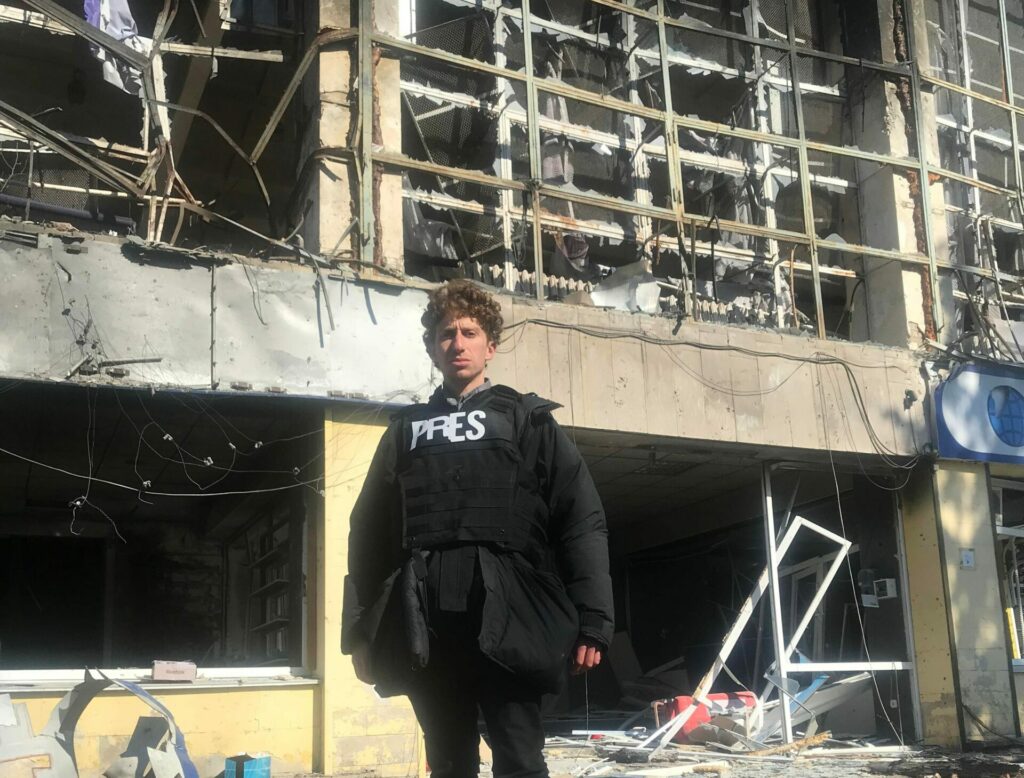 KYIV, Ukraine – Sandbags, concrete blocks and hedgehogs line the streets. Soldiers man checkpoints, reinforce barricades and dig trenches. Air raid sirens sound intermittently, as do explosions off in the distance. Most businesses are closed, even during the day. At night, the city looks largely deserted, and armed servicemen patrol the streets.

This is the new reality in the capital of Ukraine. It also comes with a shortage of alcohol, which is effectively banned nationwide, and of cigarettes, a tough pill for some to swallow.

But not all normalcy has been lost in Kyiv. Residents still walk to grocery stores during the day, albeit they may find long lines on the outside and somewhat limited selection inside. The Kyiv subway, or metro, is still operational, though trains run less frequently than in normal times, and stations often resemble refugee centers. Intercity trains are also continuing to run, though when departing or arriving in Kyiv, one cannot expect to pick up a snack or a coffee, let alone booze, at the central railway station. Garbage trucks still pick up trash, and residents still pick up medication at pharmacies, though lines to get in the door can be long.

Two weeks into Russia’s invasion of Ukraine, about 50 percent of Kyiv’s approximately 3 million residents remain in the city. Some are hunkered in metro stations, sleeping on mattresses; many remain in their flats, undeterred by Russia’s bombing of Ukraine, or at least not showing it.

“We have to live. We have to survive in these circumstances,” one Kyiv resident said when explaining why he is not afraid. 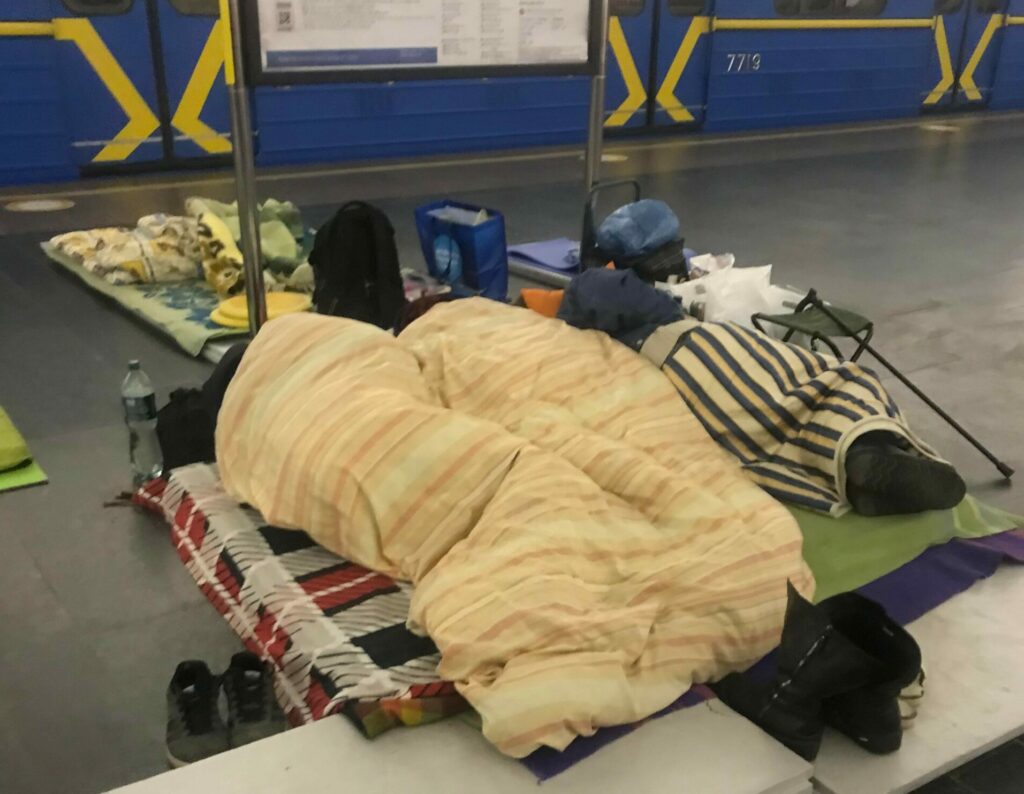 On Thursday, as a CalCoastNews reporter stood outside a severely damaged apartment block that was struck by a Russian missile on Feb. 26, few individuals showed any expression on their faces as they walked by. The same could be said about passersby at a location across town, where missiles wrecked buildings both inside and close by the Kyiv TV Tower complex.

The limited chaos that the onset of the war brought to Kyiv has now subsided. Ukrainian stoicism has returned. Some describe the attitudes of Kyiv residents who remain in the city as fatalistic.

“I don’t want to leave Ukraine,” said Alona, a girl who resides in Kyiv and has spent the last 13 days sleeping in a metro station. “Whatever happens is whatever happens. We’ll stay here.” 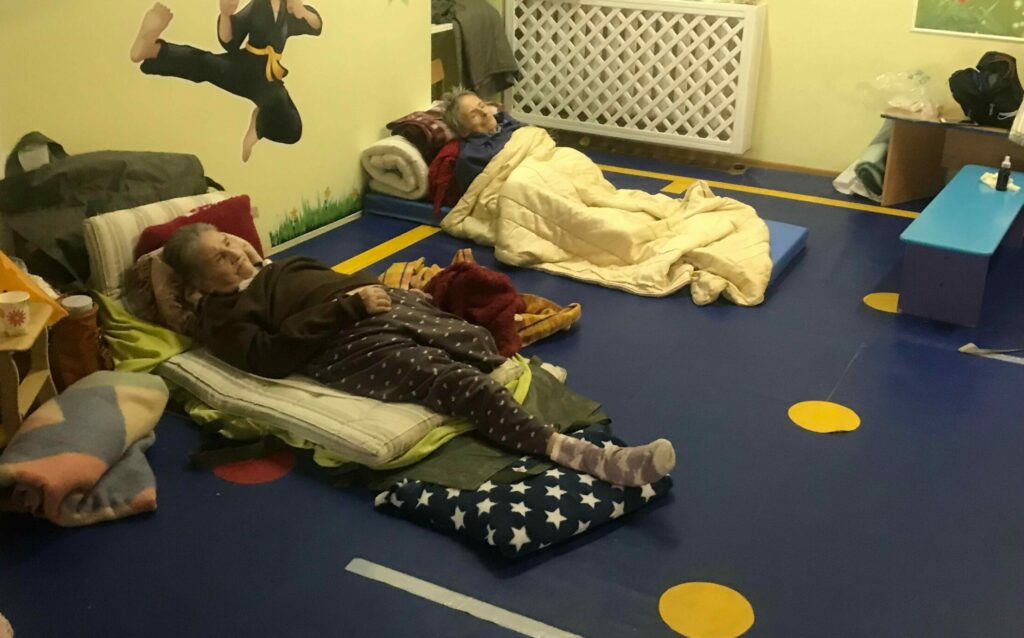 Some residents say they have nowhere else to go. Others gauge the current level of danger in the capital as relatively low.

Though Kyiv came under attack early in the now-two-week-old war, most of the fighting in recent days has taken place outside of the capital city. There has been intense fighting ongoing in the Kyiv region, but in small cities and towns neighboring Kyiv.

Nonetheless, Russian forces have seemingly been preparing to mount an offensive on the Ukrainian capital. Likewise, concerns linger that desperation at the Kremlin could set in, and Russia could launch a fierce air campaign against Kyiv. Whether either scenario materializes is uncertain.

What is certain is many Ukrainians are defiant, intent on defending their capital, regardless of the cost. And others, determined or not, will just keep living their lives.