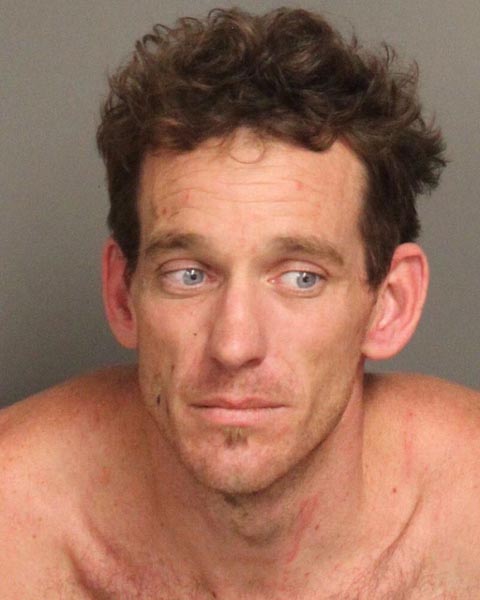 Michael Fordyce was first spotted at about 8:20 a.m. on the 600 block of South Ocean Avenue in Cayucos. Multiple deputies then descended on the beachfront community. Fordyce, who was spotted with a gun, was wanted for violating his probation.

Officers found a vehicle with a gun associated with Fordyce, but were unable to locate Fordyce in Cayucos.

Shortly before 1 p.m., deputies located Fordyce, 37, on a beach in Morro Bay. They booked the felon into the SLO County Jail on charges of being a felon in possession of a firearm and ammunition, possession of a controlled substance, violation of probation and resisting arrest. He is being held in lieu of $50,000 bail.

Fordyce has a long criminal history. In Sept. 2015, he was charged with resisting a peace officer resulting in death or serious bodily injury, auto theft and resisting arrest.

In Dec. 2016, Fordyce was wanted for possession of a controlled substance, resisting an officer and committing a felony with a prior prison term for a felony within five years.

On Jan. 18, 2022, Fordyce and his neighbor, both of whom are accused of squatting on properties near Lake Nacimiento, got into an argument on the property where 67-year-old Daniel David lives.

David then shot at the car Fordyce was sitting in. Bullets hit Fordyce in the shoulder and the face, causing non-life threatening injuries.