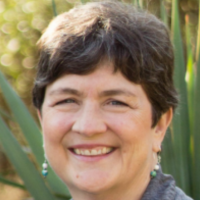 Atascadero’s attempt to have a case dismissed against the city and two Atascadero City Council members who are accused of bias and prejudice shows the strength of a multi-million dollar lawsuit against the city, according to a judge’s tentative ruling.

The plaintiff, Scott Newton, argues that two council members violated city regulations in their battle to stop him from developing his property. The council members were not required to pay appeal filing fees or to have their appeals heard within the required 30 days, according to the lawsuit.

The city’s lawyers then filed a motion arguing that Newton’s lawsuit did not sufficiently state an actionable bias claim against council members Heather Newsom and Funk.

SLO County Superior Court Judge Hernaldo Baltodano tentatively ruled that the city was not able to demonstrate that Funk did not show actionable bias.

“Funk stated at a ‘Public Officials Night’ that “one more unit of self-storage in the City is one too many,” according to Baltodano’s tentative ruling. “Finally, the FAP alleges that after filing her appeal, Council Member Funk posted “an appeal video on Facebook,” on which she ‘liked’ comments critical of the project and ignored comments in support of the project.”

At a June 9, 2021 council meeting, Newsom and Funk “voted against Newton’s self storage unit project, as did Mayor Heather Moreno,” according to the lawsuit. “Both Funk and Newsom reiterated that the project was incompatible with the neighborhood, with heavy emphasis on the fact that self-storage could never be compatible even though the city had voted to leave self-storage as an acceptable use in the P Zone.”

Newton then attempted to rezone the property with plans to build a residential development, but the city refused to process his application, which is another claim in his lawsuit.

The city argued in its motion to dismiss that there is no legal requirement that the city ‘expeditiously’ process Newton’s application. And again, Baltodano did not agree.

Newton also accuses the council members of violating his civil rights guaranteed under the Constitution.

In its motion, the city argues that Newton “does not have a constitutionally protected property right to have his application approved.” Baltodano again overruled the city.

Newton, a Pismo Beach City Councilman, is asking the court to void the Atascadero City Council’s June 9 vote, for court costs, attorney’s fees and $2.4 million in damages. The city does not have insurance that will cover a judgement in this case.