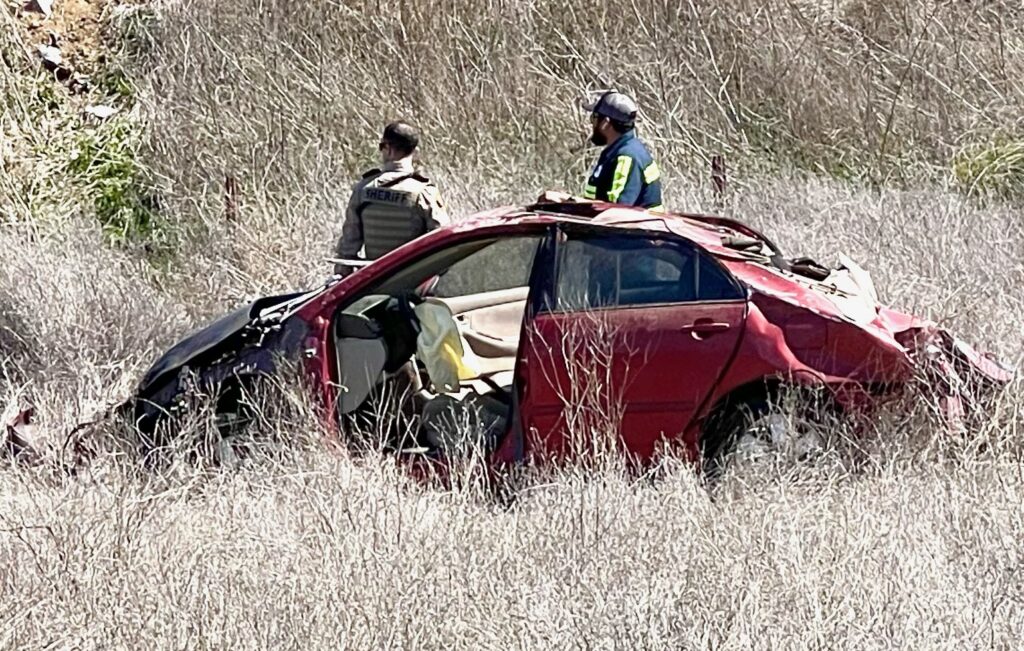 A three-vehicle accident stalled traffic on Highway 101 near Vineyard Drive in Templeton on Wednesday afternoon, injuring at least on person.

Shortly after noon, a red car headed southbound on Highway 101 clipped a white pickup truck headed in the same direction, a CHP officer at the scene said. The red car then careened off the west side of the highway and rolled multiple times in a steep ravine. 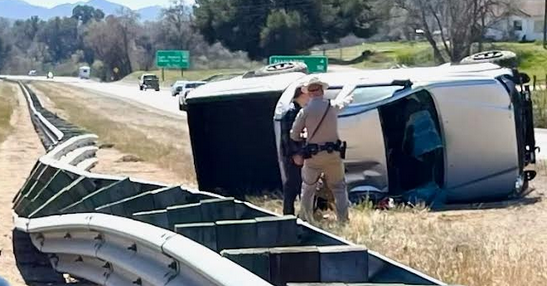 The crash propelled the truck into the center median where it landed on its side. A third vehicle, a grey sedan, also landed in the center divide, according to the CHP.

An ambulance transported at least one person to Twin Cities Community Hospital in Templeton. Further information about the crash is not currently available.