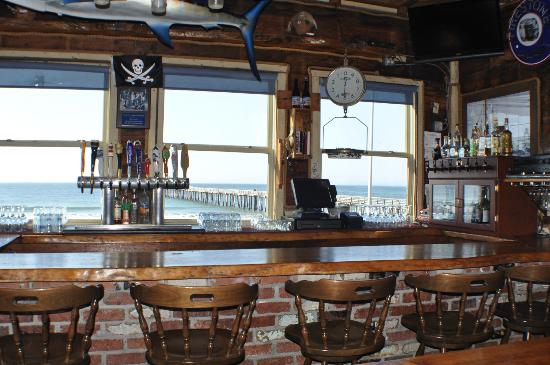 How sweet it is! Yeh! An almost two-year hiatus from the bar life caused me to appreciate just how valuable it is to partake with old friend boozers like Randy the Pirate, Tag Morely, young Levonius and those who for the past twenty years have haunted this watering hole; where T, the best bartender in the county, has pounded the boards and laughed and cringed along with us as we wobbled and warbled long into the night before stumbling or staggering home.

Now, ordinarily, at 78, I have reduced my outings to once every two weeks or even once a month because I can no longer hold it and recover as I once did, but I have been drunk in Schooner’s three nights out of the last 10 because my writing friend from Texas, John, who sounds like Bill Moyers if you close your eyes, is here with his wife on his annual two-week visit after missing a year due to the pandemic.

During that time, John, a highly educated man and published author who has an historical novel coming out later this year, “The Last Woman,” published my book, “Life on the Mississippi, 1969,” and our visits consist of nonstop blowharding about politics, literature, history, sports, current events, etc, as well as personal triumphs and losses in sports and fisticuffs—mostly triumphs!

So, we were at it on a packed Wednesday evening, ensconced on seats back from the bar because on these evenings nobody gives up a stool at the bar, and there are only seven last time I looked. And, since I am walking distance to the bar, I drank straight vodka on the rocks for an immediate boost as John drank beer. He is a bottomless pit.

As we jawed, we both noticed that the usual sports games were absent from one of the three TVs and was instead replaced by Fox News. As we watched Tucker Carlson’s stern, scolding, sanctimonious expression while reading his words blaming the insurrection on the capital on Jan. 6 as a false flag inside job by lib spies, John said, “I know I’m 76, but I bet I could kick his ass.”

“I could kick his ass, too, even without my left hand. He’s never been in a real fight.”

“That look on his face,” John mused, shaking his head. “One good punch…”

“John, he’s got the kind-a face you wanna hit.”

(I ceased watching all news programs and especially cable news–Fox, MSNBC and CNN–a year ago because of their miasma of poisonous sleep-depriving tribal insanity and only recently viewed the goings on in Ukraine for a couple nights before boycotting them again.)

Anyway, before we had allowed the constricted, aggrieved expression on Tucker’s face and his twisted words to distract us, we visited with a middle-aged couple to our right in the corner who were friendly and pleasant and discussed their delicious horseradish crusted Ahi, the beautiful evening, and what a great place Cayucos was. And when they left and  a new couple edged toward us we waved them to the table and even removed the glasses.

They thanked us and sat down beside us and the man asked if it was possible to be waited upon for dining, and we said of course. And then, as John resumed his attention to Fox News, Biden was up there and another scowling beady-eyed mush face was commenting, and the man who just sat down and must have been around my age, also eyeing the TV, a scowl on his face, asked, “Do you think Biden’s doing a good job?”

I shrugged. “He’s made some mistakes,” I said. “But he’s doing a great job on this Ukraine situation.”

He immediately became apoplectic about Biden’s gas prices. “He’s not doing anything about gas prices and we’re not fighting and we’re paying!”

“Gas prices?” I said. “People in the Ukraine are getting butchered and you’re whining about gas prices? How about a little sacrifice here?”

“Oh, so what,” I said. “So am I. Three years in the damn army, and it’s no big deal, just something we had to do, part of the deal. You want another goddam war?”

The next exchange included my statement that America was the most spoiled country in the world, and by this time his pleasant wife pulled him away as I’d succeeded in compromising his health as well as my own.

A few minutes later, I stood and flagged down a waitress and asked her to take good care of my new friends. The old goat, stunned, thanked me.

“Just having Tucker up there is a threat to our normal blowharding,” John said. “Get that goddam asshole off-a there. He’s stirring up trouble, ruining our night.”

I screamed at T, who was extremely busy and told him to get Fox News off the tube, and get the goddam hoop game up. He quickly did, as we all breathed a sigh of relief and went back to our imbibing and blowharding, both John and I eating to fuel up for the grind, for no seasoned boozer drinks on an empty stomach.

Meanwhile, the couple beside us received excellent service, and the fellow with whom I’d previously exchanged venom thanked John for recommending the halibut and chips (If you can afford halibut you can afford expensive gas.) which he thoroughly enjoyed and told us they were from Sacramento and loved Cayucos. It was at this time that two stools at the bar opened up and John and I jumped on them and began serious drinking and uninterrupted blowharding that included our dysfunctional and wayward teenage years of miraculous survival!

It went on and on. In time, as I became drunker and happier, people came over, young and old, and there were sturdy handshakes and back slaps and hugs and increasing exaggeration and emotional idiocy, all good therapy for a two-year absence of regular attendance to one’s neighborhood bar.

Before he left, the man enraged over Biden’s gas prices tapped me on the shoulder and bid a pleasant goodbye. We’re not all bad.