Former San Luis Obispo mayor Dave Romero, who served as a public official with the city of SLO for more than 50 years, has died at the age of 93.

Beginning in 1956, Romero served as San Luis Obispo’s public works director for a period of 36 years. In 1992, he retired from the position and ran for city council.

A registered Republican, Romero was considered by many locals to be quite conservative. Yet, he was known for getting along and working with others with opposing views.

During Romero’s 60-year tenure with the city, he had a hand in almost all infrastructure projects and in the development of new amenities, including new parks, the Los Osos Valley Road overpass and the Cal Poly Performing Arts Center, as well as roads, water, sewage and drainage systems, city officials said in a press release. Romero worked to secure reliable water sources for the city through projects, such as the Whale Rock Reservoir, in the 1960s, and more recently, the Nacimiento Reservoir Project and the development of the city’s recycled water system.

As public works director, Romero oversaw projects that revitalized the downtown, including the creation of Mission Plaza, a seismic retrofit program, the construction of two parking garages, the development of underground utilities and the improvement of sidewalks.

In 2010, the SLO City Council voted to rename the city’s corporation yard in Romero’s honor. On Friday, the city lowered flags to half-staff to honor Romero.

“Mayor Romero was such a fundamental part of the fabric of our city, it’s hard to find the right words to mark his passing. He loved this city, and his contributions will live on for generations to come,” San Luis Obispo Mayor Erica Stewart said in a statement. “Through the roads he helped build, water he secured, and downtown improvements he inspired, he was a critical part of so many of the things we love about our community today.”

“When it comes to public service, it would be hard to find a finer example than Mayor Romero,” Johnson said. “Whether in his role as public works director, city council member, mayor or professor, his life’s work was to make this city what it is today.” 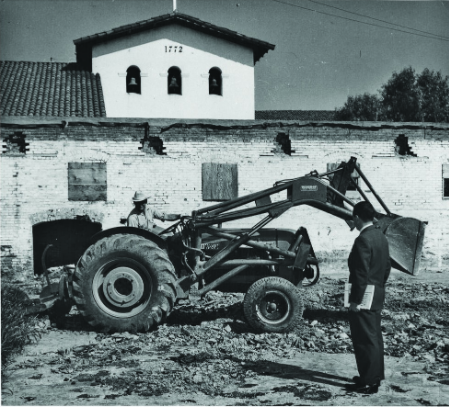