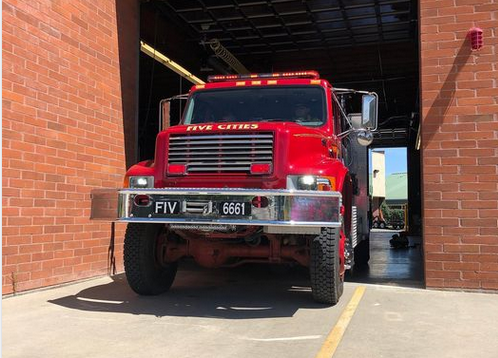 Two years after narrowly failing, an Oceano fire tax measure will be back on the ballot in the upcoming primary election.

In 2020, the Oceano Community Services District attempted to implement a $180 annual flat-rate special fire tax on property owners that could increase by no more than 2 percent yearly after the first year. For it to pass, the initiative required two-thirds voter approval, or a 66.7 percent vote. Following a recount, the final tally for the 2020 initiative was 66.1 percent in favor of the fire tax and 33.9 percent against it.

Recently, the Oceano CSD board voted to put the same fire tax proposal on the ballot in the June 7 primary election. The initiative is now called A-22. Two years ago, it was A-20.

During the closures, the Five Cities Fire Authority sends first responders from Grover Beach or Arroyo Grande to Oceano, adding about six minutes to the response time.

Opponents of the returning ballot measure have argued against the necessity of another tax or against the equity of the proposal, which would require large and small property owners to pay the same amount.