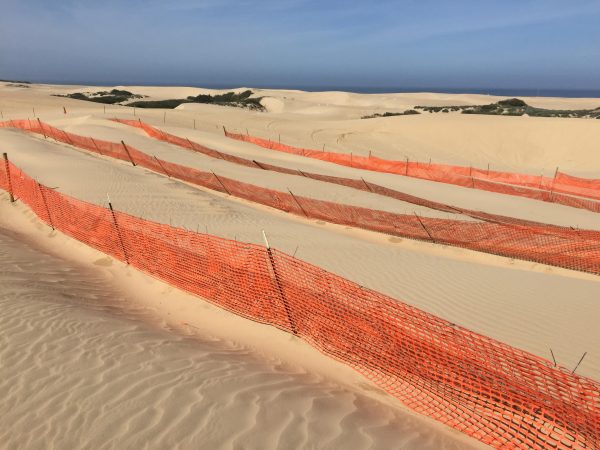 Adding to their winning streak, Friends of Oceano Dunes defeated an attempt by six environmental groups to intervene in their lawsuits against the California Coastal Commission because the groups intervention would not “promote fairness.”

“The Court ﬁnds that allowing the applicants to intervene would not promote fairness, and that any reasons for intervening are outweighed by the rights of the original parties to conduct their lawsuit on their own terms,” according to the ruling. “Applicants motion to intervene is denied.”

Coastal commissioners voted unanimously in March 2020 to phase out off-road vehicle usage at the Oceano Dunes over a three-year period. Friends of Oceano Dunes responded with lawsuits accusing the coastal commission of overstepping its permitting authority, for continuing to require voided dust control measures and for failing to recognize an implied dedication.

Trial courts have discretion to permit nonparties to intervene in a lawsuit if the applicants have a direct interest in the action, the intervention will not enlarge the issues and the reasons for intervention outweigh the existing parties’ opposition.

SLO County Superior Court Judge Tana Coates determined the environmental groups “failed to identify any arguments that the California Coastal Commission would not or could not make on their behalf.”

The environmental groups also argued that they offer additional expertise regarding “the dunes and its ecological, recreational and cultural resources.” Judge Coates rejected the argument, noting the lawsuit challenges the coastal commissions’ authority in regulating the dunes, “for which applicants have no special expertise.”

Over the past few years, Friends has won multiple court battles against the coastal commission. Earlier this year, Friends prevailed in a motion to dismiss their lawsuit and were also granted a temporary restraining order against the commission.