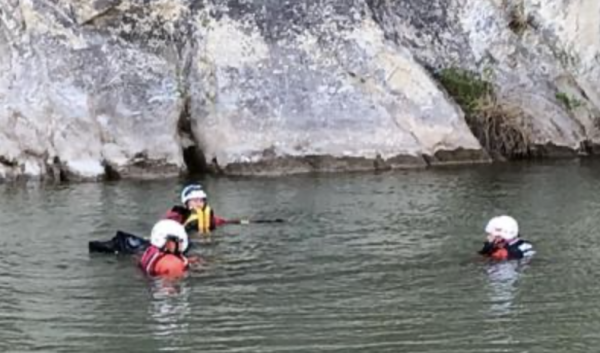 Officials have identified a 37-year-old Santa Barbara man as the person who drowned on Sunday in the Santa Ynez River just west of the Gibraltar Reservoir. [Santa Ynez Valley News]

Shortly before 3 p.m., a caller reported a possible drowning in the Red Rocks recreational area of the Los Padres National Forest. The area is located about 11 miles east of Cachuma Lake.

Rescue crews searched the water in the area where Edgar Adrian Chico Oaxaca was last seen. Crews eventually located him in the deeper part of the water close to a wall away from the shore.

After Oaxaca was brought to the shore, paramedics attempted lifesaving measures, but were not successful. Emergency personnel declared Oaxaca dead at the scene.

Oaxaca leaves behind a wife and three children, according to a GoFundMe page raising money for funeral expenses.

“He drowned in front of all of us, including his children,” the GoFundMe page states. “It was so hard to see them suffer, and as much as we tried to help, we could not save him. We waited for the ambulance and rescue team that did not arrive until more than an hour later. I want to help this family who came from Mexico less than a year ago and have no funds to cover anything.”