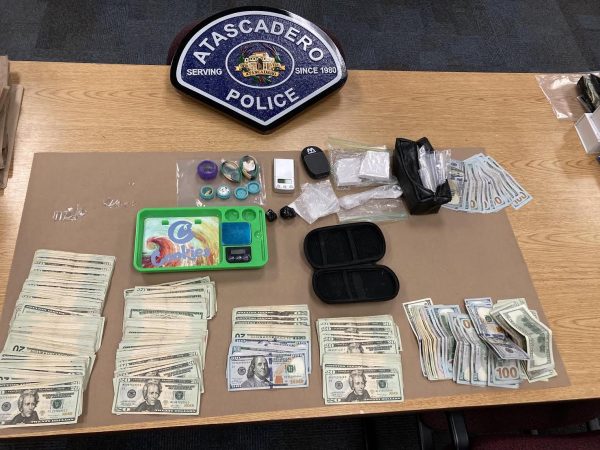 Atascadero police officers arrested a Paso Robles man on Thursday, who was out on bail yet allegedly in possession of about a half pound of Fentanyl.

Shortly before 11 a.m., an Atascadero police officer conducted a traffic stop on a vehicle near the intersection of W. Mall and El Camino Real. Officers contacted Joshua Keith Hill, 43, who was out on bail and facing drug charges, according to the Atascadero Police Department.

Due to the conditions of Hill’s bail, officers could search his vehicle. Officers searched the car and found about a half pound of Fentanyl and a large amount of cash.

A lethal dose of Fentanyl is 2 milligrams, according to Drug Enforcement Agency publications. Hill possessed the equivalent of about 124,850 lethal doses of Fentanyl, police said.

Officers booked Hill in the San Luis Obispo County Jail on a charge of possession of Fentanyl for sale with a bail enhancement because of Hill’s continued criminal behavior while out on bail.

Hill currently remains in custody with his bail set at $510,000.