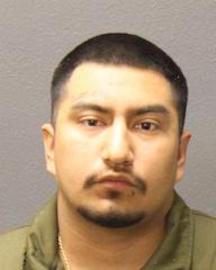 A Santa Maria teen pleaded not guilty on Thursday to felony charges stemming from a shooting earlier this month in which a pregnant woman became caught in crossfire between rival gangs. [KCOY]

On March 12, there was an exchange of gunfire between rival gangs in the area of Fesler Street and N. Benwiley Avenue. A 32-year-old pregnant woman with no known gang affiliation was caught in the crossfire and wounded.

The pregnant woman and her unborn child received treatment at a nearby hospital. Santa Maria police previously said both the woman and fetus were expected to survived.

Investigators determined Irvin Yair Gabino-Perez, 18, was one of the individuals involved in the shooting. Officers arrested the teen on Tuesday.

Prosecutors then charged Gabino-Perez with carrying a loaded handgun without proper registration and having a concealed firearm. Gabino-Perez pleaded not guilty to the charges in court in Santa Maria on Thursday.