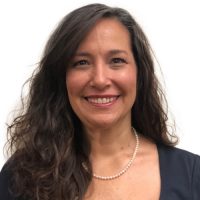 San Luis Obispo County Clerk-Recorder Elaina Cano is facing a lawsuit over the way she chose to designate herself on the ballot for the June 7 primary.

In the suit that starts with: “Rules for thee but not for me,” T. Keith Gurnee alleges that Cano made a request to herself, the clerk-recorder, to approve an occupational ballot designation of “appointed” which Cano approved for herself.

Gurnee alleges that Cano’s use of the ballot designation of “appointed” violates the San Luis Obispo County Voter-Nominated and Non-Partisan Candidates Filing Guidelines because it fails to follow the rule that says that “appointed” must appear before the “title of the office.”

Cano listed herself in her initial nomination paperwork as “appointed incumbent,” an accepted designation under the California Elections Code.

Then on March 11, the last day to file papers, Cano changed her ballot designation to “county clerk-recorder, appointed.” Gurnee alleges that Cano should have rejected the designation for herself.

In the case of a retired doctor running for the District 2 supervisor seat, Cano rejected Dr. Bruce Jones’ proposed ballot designation of doctor or retired doctor, because he is currently retired and no longer licensed, Jones said.

As an appointed incumbent, if Cano decides to list the office she holds or that she is the incumbent, she is required by law to list appointed first, Gurnee argues in his lawsuit.

“Real party’s proposed ballot designation ‘county clerk-recorder, appointed’ is illegal as it designates an office to which she was appointed without using the modified ‘appointed’ as required by Section 13107(a)(4) and 2 Cal.Code Regs. Section 20715(a),” the lawsuit filed by attorney Michael Nolan on Gurnee’s behalf declares. “It will mislead the voter by suggesting both a status and an evaluation of the real party …”