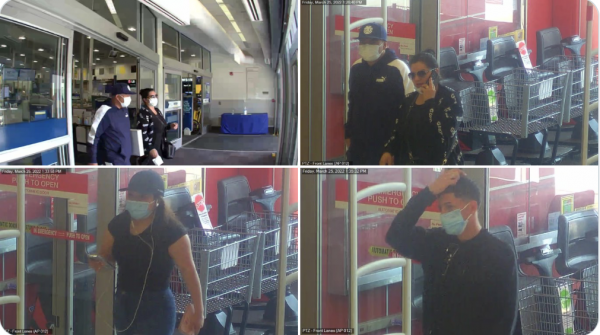 The San Luis Obispo Police Department is asking the public for help with identifying four thieves who allegedly stole a wallet and used credit cards inside it to make fraudulent purchases.

On March 25, the suspects allegedly used the stolen credit cards to buy thousands of dollars worth of items at Target and Best Buy.Surveillance cameras captured the purchases.

Investigators are asking anyone who has information about the suspects to contact Officer Pelletier at (805) 594-8020.