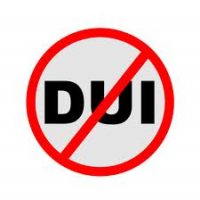 A Paso Robles man crashed his car while allegedly driving under the influence near Lake Nacimiento on Sunday, resulting in him being airlifted to the hospital. [Tribune]

Bryan Curtis Ketron, 41, was driving a Dodge Charger westbound on Nacimiento Lake Drive at about 4 p.m. Ketron lost control of the vehicle while speeding, according to the CHP.

The Charger veered off the road and into an embankment. The car flipped multiple times before coming to a stop.

Responders airlifted Ketron to Fresno Community Hospital. At the hospital, officers placed Ketron under arrest for driving under the influence.