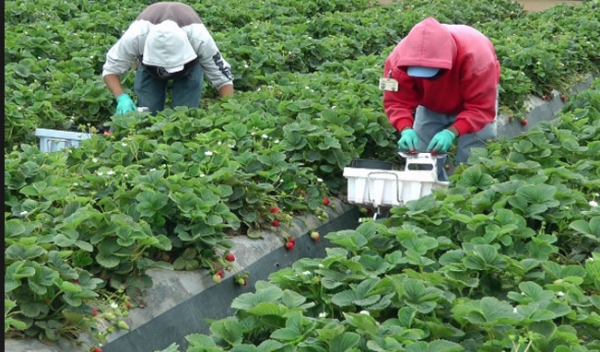 The United States is facing a historic shortage of weed killers due to ongoing supply chain issues. The manufacturers are struggling to get their hands on some of the inert chemicals needed to make herbicides, as well as cardboard boxes and plastic jugs for caps. Glyphosate is one of the chemicals most affected by these supply chain problems, with farmers scrambling for alternative products to fight off undesired weeds.

This comes conjointly with a regulatory and legislative crackdown on a wide array of herbicides across the country, limiting the ability of farmers to control weeds this year.

The fact that rules vary between counties complicates the matter further, with agriculture professionals confused over which ingredients remain legally accessible, and needing the assistance of weed scientists to sift through the regulatory jungle. This is particularly problematic as many farmers have land extending across different counties.

Weed-killers have come under fire by activist groups opposing the use of crop protection, accusing it of harming endangered species. Preventing these species from going extinct is guaranteed through the Endangered Species Act (ESA), a problematic piece of legislation due to its obtuse standards as to what exactly constitutes an endangered species in the first place.

As Hank Campbell at Science 2.0 explains, the ESA has been hijacked by trial lawyers, who use the law to arbitrarily fit their litigation purposes, and perpetuate definitions of “endangered” that are far removed from what the general public understands by the term. In fact, Campbell shows that the numbers of endangered species according to the ESA has skyrocketed under the Clinton and Obama administrations. As a result, we’ve seen a large amount of chemicals companies being sued, then settled, with environmental groups over their manufacturing of pesticides.

As a consumer, why care? As consumers we need to realize that crop protection plays a role in our daily lives, and not in the way it is portrayed by activists and, all too often, the media. When news outlets publish stories with the headline “Glyphosate weed killer found in German beers, study finds,” it makes sense to read through the entire piece and understand that a single person would need to ingest 264 gallons of beer a day for it to be harmful to health. Let’s agree that a person ingesting 264 gallons of beer in one day will supposedly have bigger problems than the exposure to a weed-killer. In turn, herbicides which are so viciously attacked on unscientific grounds provide essential advantages for farmers.

Pre-herbicides we used to hand weed, a practice so painfully visible in developing nations that still practice it. Herbicides alleviate the burden on women and all too often children who are required to hand-weed. In fact, 80% of hand-weeding in Africa is done by women, and 69% of farm children between the ages of 5 through 14 are forced to leave school to work in the agricultural sector during peak weeding periods, leading to long-term spinal deformities.

Herbicides have also increased our agricultural output, and guaranteed food security. Food security– how immense the technological advance is that we don’t even think about the possibilities of food products not being available on our shelves.

That said, the current food price inflation shows how vulnerable our system can actually be. Farming is more than just putting a seed in the ground and hoping it grows. Farming has become an intricate orchestra of players, all interdependent, all relying on technology and modern science. As consumers, if we want safe, available, and affordable food options, we need to recognize the incredibly important work that farmers do, and put our trust in their professional rigor.

Bill Wirtz is the senior policy analyst at the Consumer Choice Center.