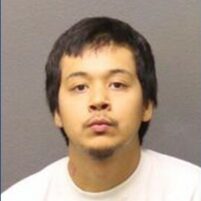 A Nipomo man is facing an attempted murder charge after he allegedly shot a man in the torso earlier this year, police said.

On Jan. 19, Manuel Armando Sanchez, 22, allegedly shot a man in the area of Colebrook and Barrington drives in Santa Maria. A Cal Star helicopter later airlifted the gunshot victim to Cottage Hospital in Santa Barbara.

On March 1, San Luis Obispo County sheriff’s deputies arrested Sanchez in Nipomo and booked him in the SLO County Jail on charges of corporal injury on a spouse or cohabitant, threatening, damaging a phone line and for committing a felony while on bail. A charge of attempted murder was added to the SLO County charges raising Sanchez’ bail to $670,000.