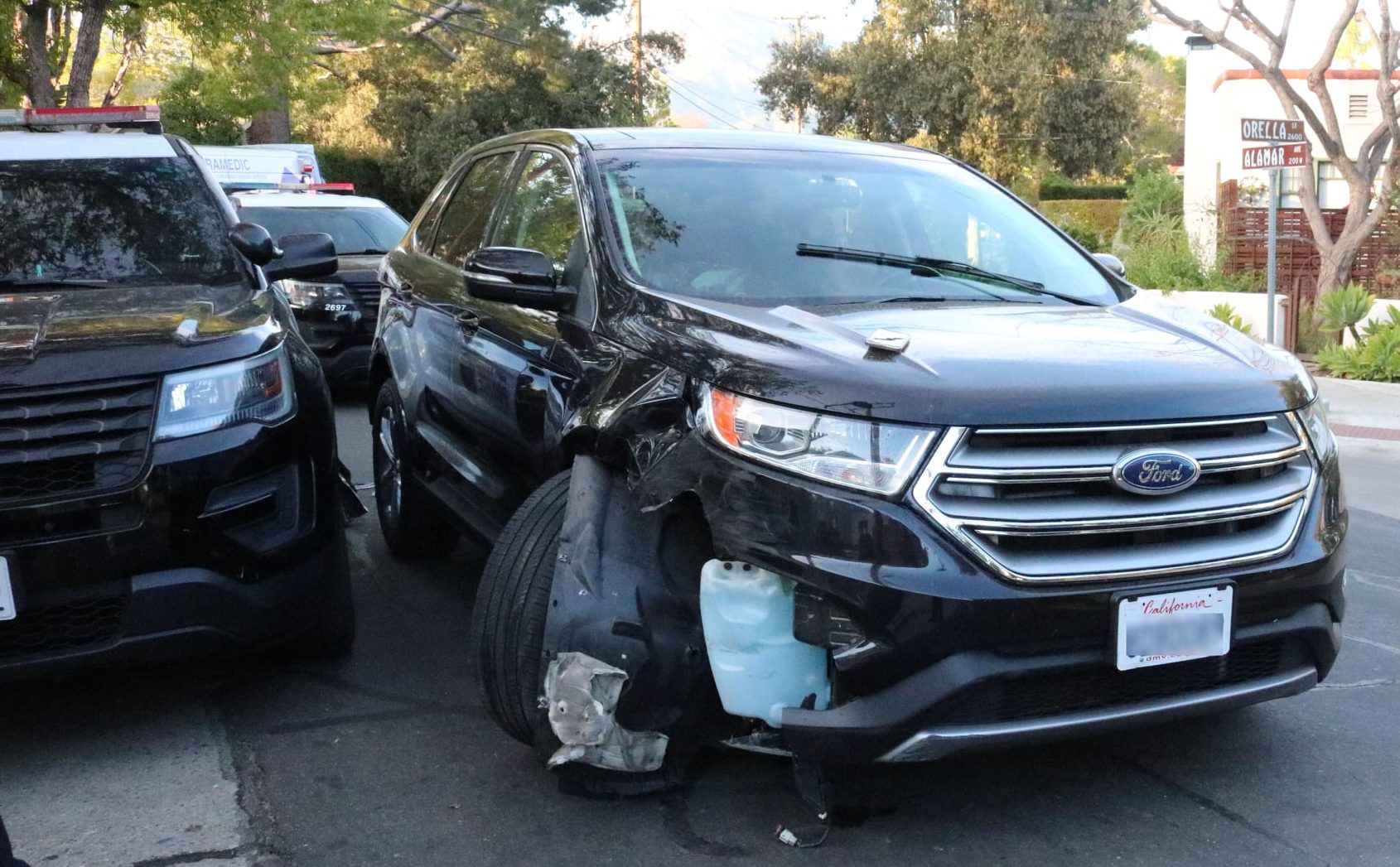 While on probation for DUI, an allegedly intoxicated driver slammed into a Santa Barbara police vehicle Friday morning, injuring a officer inside the patrol car.

At about 6:30 a.m., an officer was completing a report from a previous incident while sitting in a marked police SUV parked along a curb in the 200 block of West Alamar Avenue. Jeremy Joe Patterson, 40, then rear-ended and sideswiped the patrol vehicle while traveling south on West Alamar Avenue, according to the Santa Barbara Police Department.

The collision caused moderate damage to the patrol SUV. The officer was unable to exit the vehicle because of the damage.

Patterson did not suffer any injuries in the crash.

Multiple officers arrived at the scene to assist their colleague and investigate the collision. Police determined Patterson was driving under the influence and that he was already on probation for DUI.

The injured officer is expected to fully recover and eventually return to duty.