A San Luis Obispo judge sentenced three gang members on Wednesday for the 2019 murder of a South County man who was once a member of their gang. The defendant who pulled the trigger in the fatal shooting received 30 years in prison, while the other two gang members each received sentences of 13 years and four months.

On April 2, 2019, Nathaniel Jara was driving a vehicle in Oceano carrying brothers Robert Garay and Gabriel Garay. While in the 2200 block of Beach Street, the three gang members spotted Daniel Fuentes, who was riding a bicycle. The gang members got out of the car and argued with Fuentes.

Robert Garay fired a handgun at Fuentes, striking him twice in the back. Following the shooting, Fuentes went to a neighbor’s home, knocked on the door and said that he had been shot. He then died. 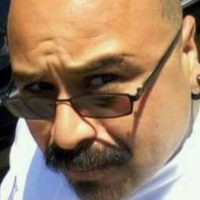 The defendants killed Fuentes under the direction of Oceano 13, investigators said. Fuentes had left the gang long ago, and he became concerned that Oceano 13 members were attempting to recruit one of his daughters into the gang.

In Aug. 2019, SLO County sheriff’s detectives arrested Jara, Robert Garay and Gabriel Garay. Prosecutors later charged the three men with the premeditated murder of Fuentes, as well as enhancements for being active participants in a criminal street gang and committing murder to further the activities of the gang.

Had the defendants been convicted of those charges they could have faced life in prison without the possibility of parole. Instead, the defendants agreed to a plea deal with prosecutors.

Robert Garay, 30,  pleaded guilty to second-degree murder and active participation in a criminal street gang. Garay also admitted to having a prior conviction for assault with a deadly weapon, which counts as a strike in California’s three strikes sentencing system. Robert Garay was sentenced to 30 years to life in prison.

Gabriel Garay, 23, pleaded guilty to voluntary manslaughter and to active participation in a criminal street gang. He also admitted to having a prior conviction for assault by means likely to cause great bodily injury. Gabriel Garay was sentenced to 13 years and four mounths in prison.