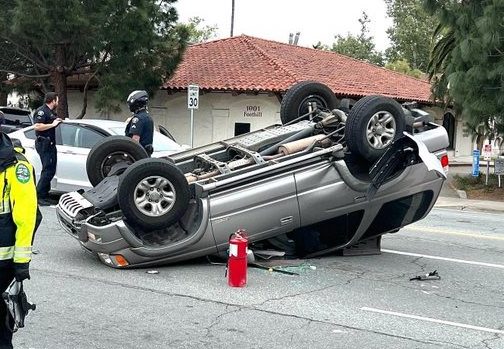 Two cars collided at a San Luis Obispo intersection on Thursday, leaving one of the vehicles overturned.

On Tuesday afternoon, a caller reported a crash at the intersection of Santa Rosa Street and Foothill Boulevard. Several people involved in the crash suffered minor injuries, according to the San Luis Obispo Police Department.

Police are investigating the crash. 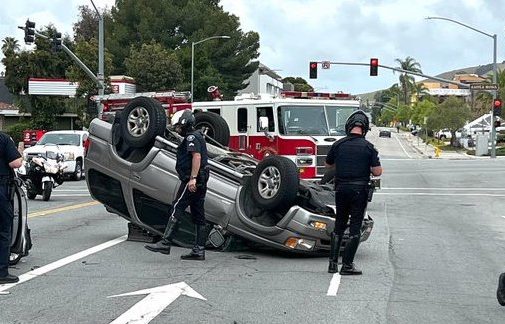