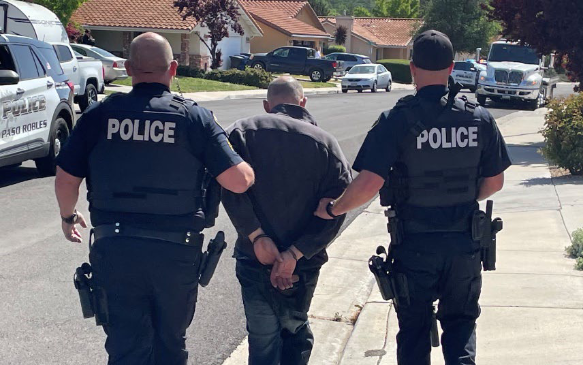 The man accused of shooting and killing a man in rural Santa Margarita before stabbing a woman in Paso Robles, attended his arraignment in San Luis Obispo Superior Court on Thursday. Cruz Christopher Gomez Jr., 42, entered a not guilty plea.

Gomez, who has a history of drug addiction and mental health issues, allegedly killed his friend, 42-year-old Jack Dean Everhart, at a compound off Highway 58 where several people were partying on the morning of April 6.

While at the compound, Gomez met a woman from Paso Robles. After Gomez allegedly murdered Everhart, the woman gave Gomez a ride to a home in Paso Robles where he allegedly stabbed her multiple times. The woman survived the attack.

Gomez is facing charges of murder and assault with a deadly weapon. He remains in the SLO County Jail with his bail set at $1.25 million.

His next hearing is scheduled for June 15.