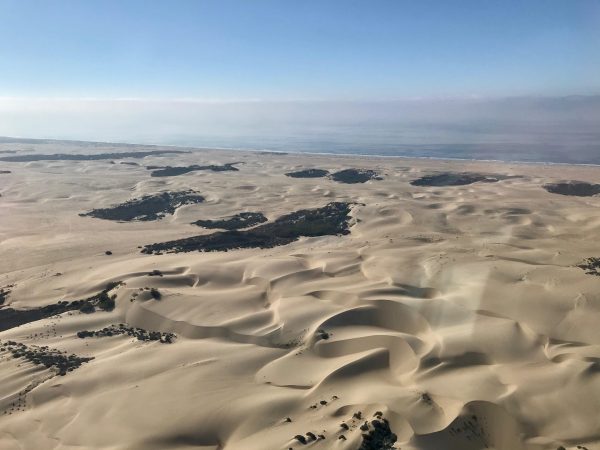 A helicopter airlifted an injured person off of the Oceano Dunes following a solo ATV crash on Friday afternoon. [Tribune]

The driver lost control of a rental ATV while heading down the slip face of a dune at about 1:30 p.m. near Sand Highway Mile Marker 14 and Mud Lake. Speed was the main cause of the crash,according to State Parks.

At about 2:50 p.m., a CALSTAR helicopter airlifted a 29-year-old man to the hospital. The man suffered a non-life threatening injury.