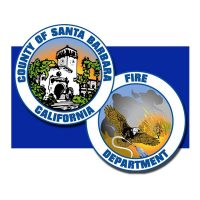 A man, who is about 18 years old, died after falling off a cliff in Isla Vista late Friday night.

Shortly before midnight, the teen fell off a cliff in the 6600 block of Del Playa Drive, according to the Santa Barbara County Fire Department. Emergency crews attempted to resuscitate the man but were not successful.

Law enforcement personnel are investigating the death. Authorities have yet to release the teen’s identity.